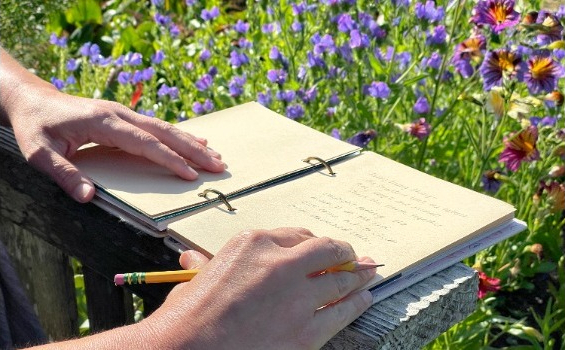 5 Punctuation Rules You Need to Know

Rule #1: Use a colon to introduce a list of items

Like with most punctuation marks, there are several different ways to correctly use a colon, but in order to follow this specific rule, you need to do two things:

Include a complete sentence before the colon.

Include a list of related items following the colon.

When I hike, I always carry the following three items in my backpack: sunscreen, water, and snacks.

This example uses the phrase “the following three items” to correctly introduce the list. (If you’d like to see another example, take a look at the sentence just before the example. It uses a colon to introduce the rules for using a colon.)

Use a colon only if you’re creating a list as in the examples above. If you incorporate the list of items into the actual sentence, you would not use a colon.

When I hike, I always carry sunscreen, water, and snacks in my backpack.

Rule #2: Use a semicolon to separate two related complete sentences

A semicolon is a period stacked on top of a comma. It creates a pause a little longer than a comma but not quite as long as a period. (Perhaps that’s why it’s both a comma and a period combined?)

One of the more common sentence-level errors (that is definitely a professor pet peeve) is incorrectly using a semicolon to join ideas.

Here’s an example of an incorrect use of a semicolon:

We hiked several trails yesterday; and were gone for over four hours.

Here’s an example of the correct use of a semicolon:

We hiked several trails yesterday; we were gone for over four hours.

The example above correctly uses a semicolon because the ideas both before and after the semicolon are complete sentences.

Once you’ve mastered the rule of joining two complete sentences with a semicolon, move on to the next part of the rule: the fact that the two sentences must be related.

We hiked several trails yesterday; next year we plan to vacation in Alaska.

While these sentences might be related because you went hiking on your vacation and you’re talking about vacation plans next year, they aren’t close enough in content to use a semicolon.

Remember when I said earlier that punctuation is serious stuff? I mean it! Punctuation can change your life forever. As evidence, I present the sign below.

This sign incorrectly uses an apostrophe to make the word “tattoo” plural.

Never, ever use an apostrophe to make a word plural. Never.

Let’s think about this for a minute. It seems that the owners of this tattoo shop don’t know how to properly use punctuation.

That means if you get a tattoo with any wording on it, you could very well end up with a misspelled word or improper punctuation, making you the butt of jokes (or the subject of bad tattoo photo galleries) and changing your life forever. (See how important proper punctuation is?)

So remember: don’t use apostrophes to make words plural.

When exactly do you use an apostrophe? You can learn this when you buy customized essays.

Apostrophes are generally used to show possession, such as, “Ian’s tattoo was a masterful piece of artwork.” They’re also used to create contractions, such as “don’t” to replace “do not” or “shouldn’t” to replace “should not.”

Incorrectly joining two complete sentences with a comma results in a comma splice, and it’s certainly a major pet peeve of a lot of profs.

Incorrect use of comma to join sentences (comma splice):

I’m going to get a tattoo tomorrow, I hope I like the finished design.

Though these two sentences are related, you can’t simply add a comma to join them. Instead, you’ll need to connect them using one of four acceptable strategies.

Here are four basic strategies (with examples) you can use to correct a comma splice.

I’m going to get a tattoo tomorrow; I hope I like the finished design.

Join two sentences with a period:

I’m going to get a tattoo tomorrow. I hope I like the finished design.

Make one of the sentences a subordinate clause:

When I get my tattoo tomorrow, I hope I like the finished design.

Join two sentences by adding a comma and a coordinating conjunction:

I’m going to get a tattoo tomorrow, so I hope I like the finished design.

Rule #5: Set off a direct address with a comma

Whenever you directly address someone, you need to note it through use of a comma.

This rule may sound simple enough, but it’s another one of those potentially life-saving punctuation rules.

What? You still don’t believe punctuation has that much power? Check out these two sentences.

Here, a family member is happily asking Grandma to join them for dinner. This sentence correctly uses a comma when directly addressing Grandma.

Here, a family member is so hungry that he’s suggesting they actually eat Grandma for dinner.

The missing comma in the direct address changes the entire meaning of the sentence.

But don’t think this is an isolated instance of punctuation saving lives. Imagine walking on a path and seeing a sign that reads:

Hunters Use Caution When Shooting

Yikes! I’m sure that hunters aren’t really hunting pedestrians, but without proper punctuation, that’s certainly what the sign is suggesting.

(For the record, there should be a comma after “hunters”—because of that direct address rule above—plus periods after “shooting” and “path.”)

See? Punctuation saves lives! It can save your grade too, so make sure to follow the rules.

5 Punctuation Rules You Need to Know

Rule #1: Use a colon to introduce a list of itemsLike with most punctuation marks, there are several different ways to correctly use a colon, but in order to follow this specific rule, you need to do two things:Include a complete sentence before the colon.Include...

Listen to the podcast at HOME | What Color is Your Tractor Stories of the ag bra...