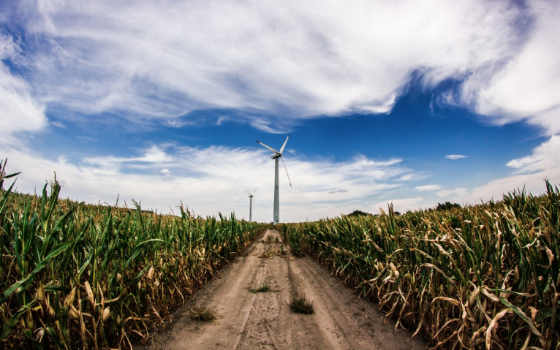 Traditional agricultural skills that made civilization possible are still alive and in use today. At the same time, hundreds of farm technician job listings across the US, and the rise of precision agriculture and software, clearly evidence the need for technologically-savvy farm technicians in the 21st century agricultural industry.

It’s no surprise that tech-friendly millennials interested in farming are encouraged by these developments, which may make farming less labor intensive than in generations past. Technology may even be the antidote to a number of ills plaguing modern agriculture, which have led to a drastic decrease in the number of farms across the United States. 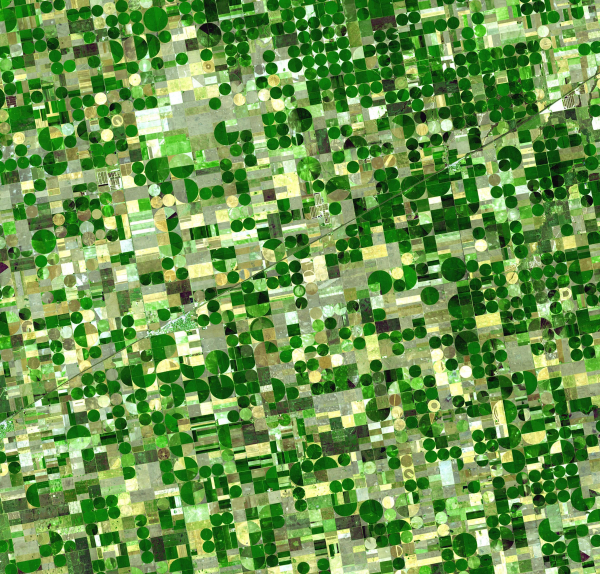 To assess the current state of affairs across the globe, I solicited the expert advice from one of the preeminent farmers in the United States, Joel Salatin, co-owner of Polyface Farm, and John Fargher, co-founder and COO of Australia-based cutting-edge farm management software, AgriWebb.

In Joel’s mind, while an individual farmer’s understanding of agriculture may change, the science behind soil health and fertility hasn’t and won’t. In his words, “Nature hasn’t changed a lick. Compost still grows grass; chickens still like fly larvae.” 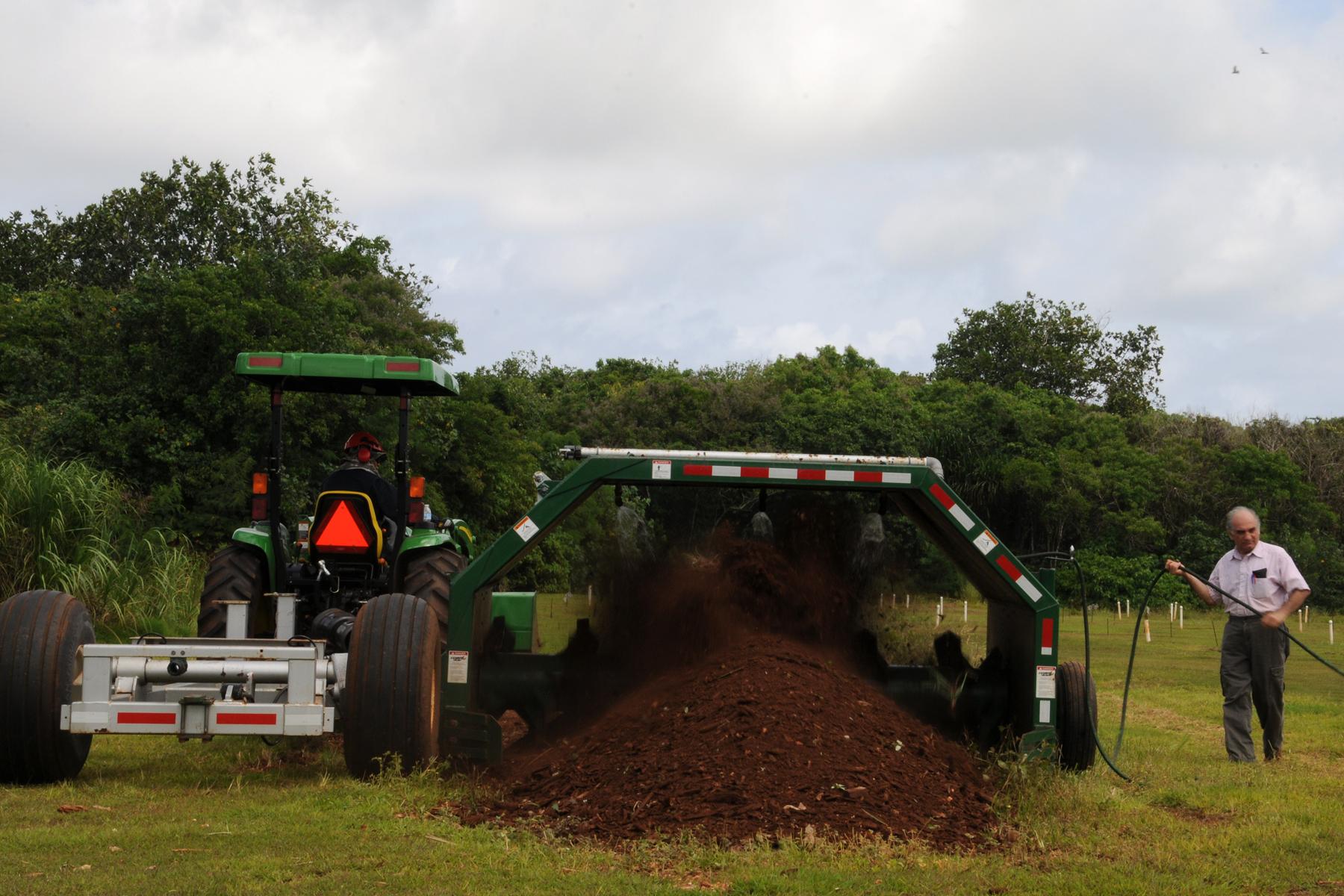 Compost is the same, but practices have changed on some farms

Joel’s advice for someone looking to educate themselves on ecological farming ranged from reading The Stockman Grass Farmer and ACRES USA to “spending time walking and thinking on your farm.” He also cited Wes Jackson’s Altars of Unhewn Stone: Science and the Earth, which highlights traditional farming methods as solutions to contemporary agricultural problems.

Down under, and representing a different perspective on technology’s place on the farm, John at AgriWebb agreed with Joel on ecological farming practices: “We understand land degradation patterns, and have implemented land management practices to reduce erosion and increase vegetation growth.” He cited organizations such as the EMU Project, which represent a return to indigenous and traditional ecological knowledge.

Over at Polyface Farms, Joel strongly advocated agricultural education for those who intend to “farm against nature,” and cautioned against a “mechanical view of biology,” and “techno-arrogance” in general. These paradigms consider tractors, front end loaders, and other devices as superior or more technically skilled work than manual labor.

How one views the future of farm labor depends on several factors, and may boil down to one’s philosophy. At Polyface Farms, Joel will “take the guy who can move 5,000 chickens in 60 minutes with nothing more than a hand dolly over the technocrat.” As such, Joel explained, through his work with farm interns, he “spends a lot of time with 25 year-olds teaching them how to use a shovel, even though they can drive a tractor just fine.”

Meanwhile, others are focused on developing solar powered robot weeders that navigate by GPS and sensors. These robots, though touted as “100% autonomous,” require “remote configuration and operation by smartphone.”

For the farmer interested in owning and operating labor efficient technologies, farm technicians with technological aptitude are a must. Without technicians capable of running and maintaining these new tools, farms cannot tap into such precision herbicide application. 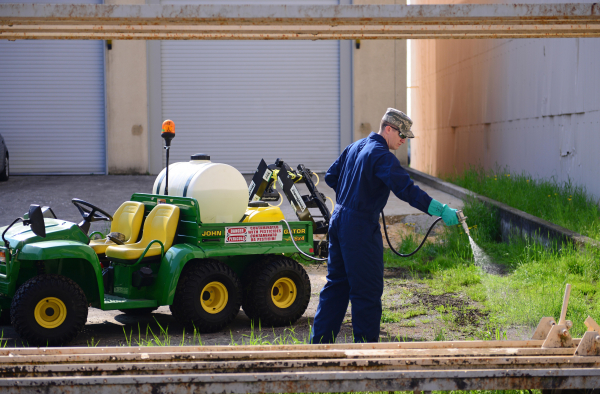 John, whose family operates a 400,000 acre sheep and cattle station in Northern South Australia, has seen an evolution of applied technology and farm employee labor. When his grandfather purchased their farm in the 1950s, there were 20 staff and 40 horses moving stock, checking water sources, maintaining infrastructure, and more.

From there, the 60s saw the introduction of the motorbike, “drastically reducing the time required to perform tasks.” The early 80s and the Cessna saved “huge amounts of time. Checking stock watering points went from two days to two hours. Moving mobs from paddock to paddock went from taking one week to one day.” Since that time, John’s family farm has not undergone any “fundamental change in the daily operation of the business.”

Despite the fact that Joel disagreed with technology being the sole answer to on-farm challenges, he did point out its uses in marketing, complying with food supply chain regulations, and navigating “financial transactions and legalities, intricacies of liability insurance, health insurance, etc.” As Joel explained, these obstacles “keep many would-be farmers from being successful, because most of us hate paperwork and just want to farm. The government regulatory burden has killed far more farmers than land prices.”

While farming has always been a career for the “resourceful and mechanically handy,” as John put it, “as technology increases, there is a need for an increased capability to work with software, e.g. individual animal management tools, technology in tractors, sensors, etc.” He sees a “huge need for remote sensor hardware” for water and stock monitoring, as well as other “software that helps with data management and decision-making to optimize performance.”

The team at Polyface Farms, according to Joel, utilizes “fault finders for electric fences, Quicken for financial records, GPS altitude meters for pond buildings and water systems, trail cams for hunting, and phones for day-to-day communication among staff.” AgriWebb COO John was sure that, “Technology will allow for skilled workers to focus on other activities that drive more benefit for the business.”

Regardless of how one views tech-savvy workers as compared with traditionally skilled and knowledgeable labor, one thing is sure: technological advancements in agriculture, coupled with challenges unique to 21st century farmers, demand that farmers consider their options when hiring farm labor. While some farmers may prefer to focus on manual labor skills, and other on those prepared to utilize smartphone and cloud technology, balancing your farm team with a complementary set of skills will surely aid in your farm’s long term success.

Traditional agricultural skills that made civilization possible are still alive and in use today. At the same time, hundreds of farm technician job listings across the US, and the rise of precision agriculture and software, clearly evidence the need for...

Mark Smith Cumberland City, TN
Jun 10, 2018
Great article, but missed a key element in my opinion. As a retired veteran (formally trained diesel mechanic) now pursuing an Agriculture degree and working towards a career in soil science (long family line of agriculture and military), I work on a farm, and am interning at a soil science lab. In both cases I see a significant lack of trade skills necessary for agriculture. Since I have been on this path, I see these skills continuing to disappear at an alarming rate. Consider the added overhead when basic mechanical repairs/mechanical problem solving that would traditionally be done on-farm are now outsourced at around $125/hour or more (average repair rate for farm machinery in my area). I am beginning to believe that just because someone with a good heart and he ebst of intentions can plant and organize a satisfactory crop rotation plan doesn't mean they can also develop a sustainable farm business.

Pat Rogers Blenheim, SC
Jun 11, 2018
@Mark Smith Just to add to your point, since the labor pool in general is supplying less and less numbers of trade skilled workers, that $125/hr repair rate is only going to continue to escalate. Simple supply and demand dictates that there's going to be more asymmetry in the future if this trend continues.

Gregory Heilers Union City, CA
Jun 12, 2018
Other industries are experiencing a resurgence of individuals electing for vocational skills training in order to take advantage of the improved conditions that go along with a shrinking labor supply - why not ag?

This is a great point, Mark. I totally agree that trade skills are "endangered." The stereotypical "farm laborer" certainly possesses some of these skills, and I appreciate your point that outsourcing those is very costly.

On the farm I have most recent experience working on, my dad's lucky to have a wonderful jack of all trades. This man has his own shop a dozen miles from the farm, where he can repair almost any malfunctioning machinery, and he just charges the $20/hr he does for any other work on farm. That same work done in town would cost significantly more, plus you'd need to add time and fuel costs for loading, hauling, and unloading the equipment - both ways.

I think Joel Salatin was also, in part, speaking to your point when he mentioned that he'd “take the guy who can move 5,000 chickens in 60 minutes with nothing more than a hand dolly over the technocrat.” The quote taken out of context doesn't perfectly align, but I believe the sentiment is similar.

I appreciate your thoughts, and the fact that you are bringing a wealth of expertise to an industry that certainly will benefit from it!

Mark Smith Cumberland City, TN
Jun 13, 2018
Thanks for the kind words, and I suspect you are right.

“You can’t farm that puddle!” Could this be coming to your farm?