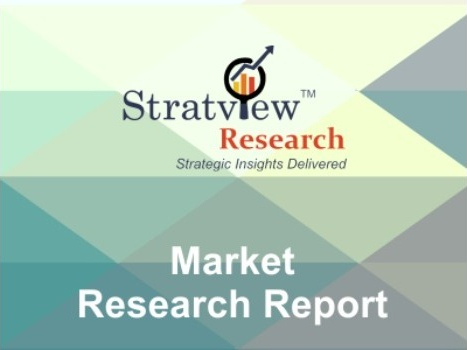 July 11, 2022/IndustryNewsGlobal/ The unexpected shifts in the global markets because of the sudden outbreak of the COVID-19 virus have brought many major and minor tremors to industries of all sizes including the Aeroengine Composites Market.

It was estimated prior to this unanticipated outbreak that the Aeroengine Composites Market is projected to grow at a Healthy CAGR during the forecast period. Composite materials earned a reputed image in the aerospace industry, owing to their excellent track record of more than five decades. With such incredible properties of composites in contrast to other materials, GE Aviation, Safran Aircraft Engines, Pratt & Whitney, and Rolls-Royce scrupulously started investing in the material in the critical section of an aeroengine. For an instance, in early 2014, Safran and Albany strategically collaborated to manufacture 3D Woven RTM composite aeroengine parts, such as composite fan cases, fan blades and outlet guide vanes, for the LEAP engine series, empowering B737 max, A320neo, and C919.

Aeroengine currently represents a small share of the total aircraft composites market but it is expected to grow at an impressive rate over the next five years. Increasing composite penetration in the latest aeroengines, such as LEAP, GEnx, GE9x, and passport 20 coupled with increasing production rates of the next-generation composite-rich aircraft A350XWB, B787, and F-35 is the major growth driver of the market. The incessant demand for fuel-efficient engines, increasing fan diameters of newer variants engines, and introduction of fuel-efficient variants of the best-selling aircraft with a greater composites content: A320neo and B737 max are further corroborating the growth of composites in aeroengines.

Airbus and Boeing, the two aircraft industry giants, are enjoying a huge order backlog of their major aircraft platforms. Boeing and Airbus had a combined total order backlog of 13,114 commercial aircraft by the April 2019. These huge pile of order backlogs of commercial aircraft will allow both airframers to roll out their aircraft continuously for about the next eight years at current build rates. Also, they have been strategically raising the production rates of their key commercial aircraft programs in order to deliver aircraft to their widespread clients at a shorter period; however, recent crashes of two Boeing’s B737 max (Ethiopian Airlines Flight 302 and Lion Air Flight 610) have temporarily impacted the production of its best-selling model due to the aircraft grounding by many airlines, which, in turn, forced the airframer to reduce the monthly production from 52 per month to 42 per month.

Another trend, which has a mammoth impact on the adoption of composites in aeroengines, is the significant increase is the engine bypass ratio (BPR). BPRs have increased from 5:1 in the 1970s to 10:1 in the new LEAP engine and will be 15:1 for the Rolls-Royce UltraFan engine, which is aimed for entry into service in 2025. High-temperature-resistant composite materials, such as Ceramic Matrix Composites, are also marking their presence in aircraft engines, especially in the hotter section of the engine. For instance, GE Aviation, a leading engine OEM, is deploying five CMC components in its GE9x, the world’s largest turbofan engine, empowering the B777x.

Based on the aircraft type, the aeroengine composites market is segmented as Narrow-Body Aircraft, Wide-Body Aircraft, Regional Aircraft, Helicopter, and Others. Wide-body aircraft is likely to remain the growth engine of the market during the forecast period. Increasing production rates of the next-generation aircraft programs A350XWB and B787 and increasing penetration of composites in newer variants of aircraft, such as B777x, are driving the wide-body aircraft segment. The narrow-body aircraft segment is driven by LEAP-1A empowering A320neo family, LEAP-1B empowering B737 max, and LEAP-1C empowering C919.

Based on the regions, North America is projected to remain the largest market during the forecast period, driven by the presence of the world’s largest aircraft OEM: Boeing. The USA is likely to remain the growth engine of the region’s market during the forecast period, propelled by the presence of the major engine manufacturers, such as GE Aviation, CFM International, and Pratt & Whitney. Asia-Pacific currently represents a relatively small opportunity; however, is subjected to grow at a handsome rate in the coming years, largely driven by China. China is projected to be the new growth engine in the region. Presence of assembly plants of A320neo and B737max coupled with the upcoming C919 aircraft is expected to drive the market in the country.

Key players operating in the global Aeroengine Composites market are-

The key aircraft OEMs include-

Features of the Report

Stratview Research is a global market research company and is known to offer custom research reports in varied fields such as aerospace & Defense, Advanced Materials, Aerospace & Defense, Automotive & Mass Transportation, Consumer Goods, Construction & Equipment, Electronics and Semiconductors, Energy & Utility, Healthcare & Life Sciences, and Oil & Gas. Our team makes sure to have deep research about the topics so that the most useful insights can be delivered to the professionals.

Need a detailed report? Get in touch with us:

July 11, 2022/IndustryNewsGlobal/ The unexpected shifts in the global markets because of the sudden outbreak of the COVID-19 virus have brought many major and minor tremors to industries of all sizes including the Aeroengine Composites Market.It was estimated...