Are CSAs still a viable business model for small farms?

In the early 2000s, we hit a heyday for local farm and foods. Works by numerous authors created a resurgence in interest among consumers for “food with a face” - locally grown, seasonal, direct from the farm. What had been a mostly niche movement starting the 1980s that had  limited appeal into the 90s took off in the 2000s.

New forms of connecting with local farms emerged - specifically CSAs. A CSA (community supported agriculture) created an entirely new approach to farm financing. Instead of a farmer shelling out all the early season costs out of pocket or via a bank loan - seed, fertilizer, and so much else - those who would later receive food from that farm FRONTED the necessary finances to get the season off and running. This prepayment helps farmers after the long winter lull get back up and running without having to take on additional debt and helped spread some of the risk to the farm’s supporters.

At their height, like the rapid growth in farmer’s markets, CSAs were sweeping across the nation, with thousands of farmers per year opting into the model.

But in the early to mid 2010s, things began to change.

The storm in the calm

Sometime around 2012, local farmers and local food began to show signs of growing issues. Farmers selling at these venues started reported declining attendance, sales , and other problems. Many in the sector began sounding alarms about the choppy waters they found themselves in and the rough forecast ahead.

CSA: We Have a Problem

Since CSA migrated to the United States in 1986, this model has been remarkably successful. It has now grown to over 6,000 farms (estimated) in the United States and many more in Canada and the rest of the globe.

“After more than a decade of explosive growth, sales of local food at U.S. farmers' markets are slowing. A January report from the U.S. Department of Agriculture shows that while more farmers are selling directly to consumers, local food sales at farmers markets, farm stands and through community supported agriculture have lost some momentum.” 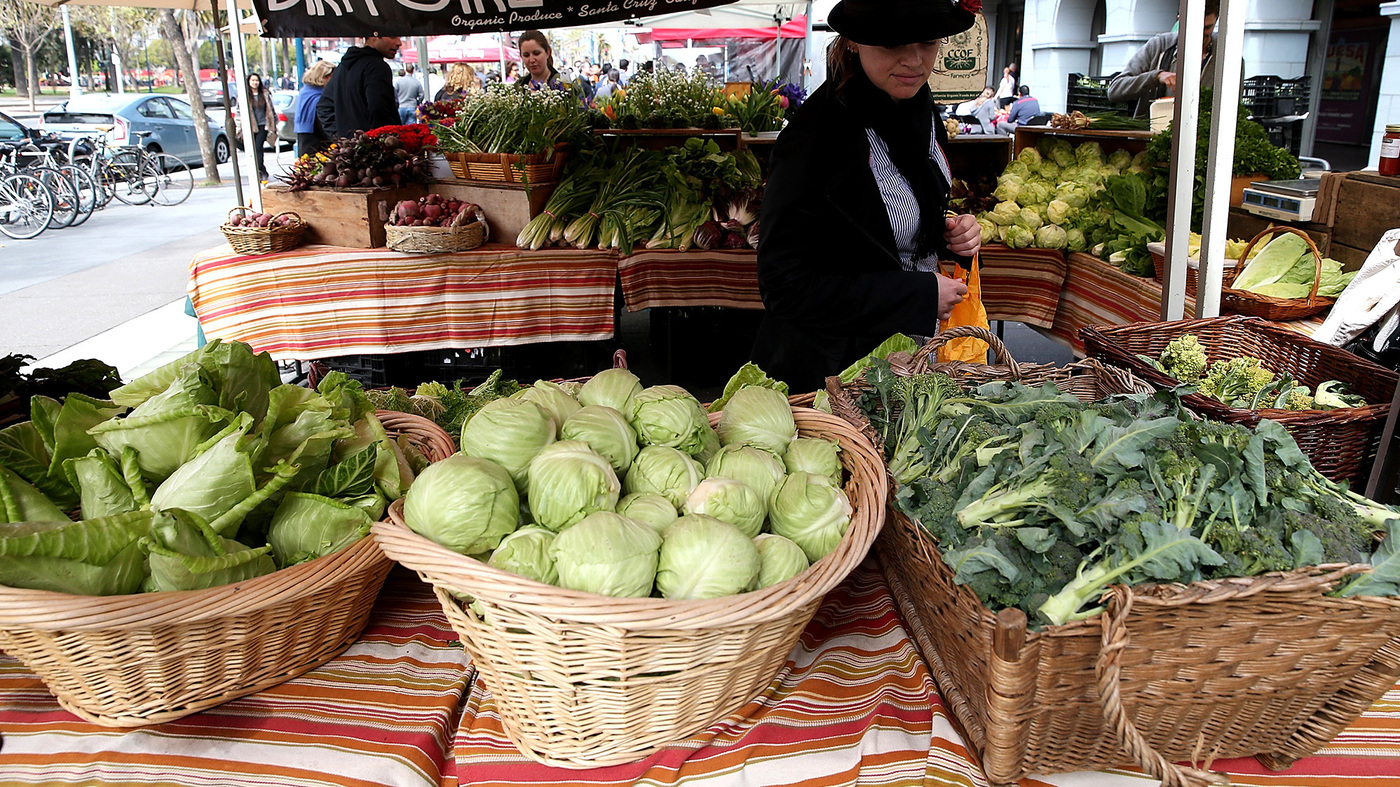 Are Farmers Market Sales Peaking? That Might Be Good For Farmers

The rate of growth in the number of farmers markets and sales there has slowed in recent years. But that could mean the entire local food movement is growing up.

This is a complex issue that I hope to address in a few forthcoming articles - the impact of boxed meal services, the redefining of CSA by other food operations that bear little resemblance to what the original CSA was and what it meant dand did, the over-saturation of local food markets with too many new farmers and too many new farmer’s markets, etc.

But it is clear that CSAs especially have suffered from the green washing of their own model and message, resulting in consumer confusion along with farmer financial loss and frustration. 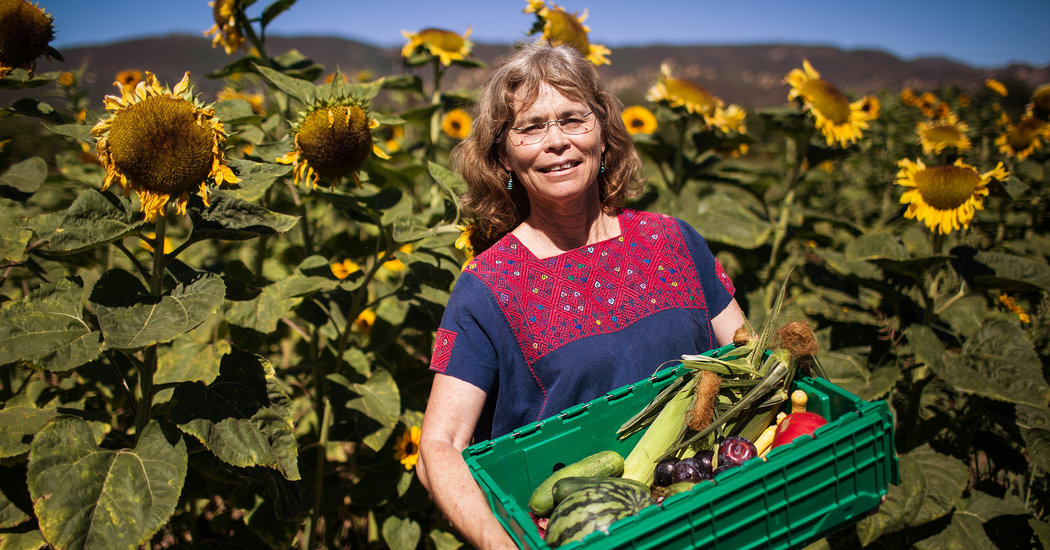 When Community-Supported Agriculture Is Not What It Seems

As demand for local and organic produce has ballooned in the last five years, so have other ideas for connecting farmers to customers.

But while some CSAs are struggling, many are still going strong, even growing. What do we see when we look at successful CSA programs across the United States?

In looking at financially successful CSA farms, there are a number of factors at play. Here is a short list for us to consider, not just for CSA farms, but for all farms as well. The lessons we see for CSA farmers are lessons that all farmers can learn from.


But that doesn’t work anymore. Most successful CSAs have flexibility built into their system. Some, instead of pre-filling boxes, let supporters do it themselves, using a credit or other system so that people’s dietary preferences and needs determine what they take home each week. Others allow members to fill out dietary preferences when they sign up, allowing the farmer to customize planting earlier in the season instead of guessing or trying to make adjustments later on. A good rule of thumb many farmers adopted was to see what sells at their local stands and markets - if people aren’t buying it at those places, they most likely won’t want to see it or too much of it in their CSA box, either.

Also, many now give supporters a few skip weeks per season, realizing that vacations and other such commitments mean a supporter needs to miss on occasion. Also, many CSA now offer more seasonal shares - instead of signing up and committing to all 20 or 30 weeks up front, people can instead go for 10 or 12 or some other time option.  Share sizes are also far more flexible, and many farms now offer shares that focus on particular foods, crops, or other products they produce. Vegetable CSAs have given way to meat, dairy, egg, and a host of other types and mixtures of all the above.

Again, what do we see with these options? Flexibility. Consumers require it, so smart farmers who want to retain customers will offer it.

2. Convenience - successful CSA farms generally have built greater convenience into their model. Many offer home or other delivery options (Sometimes at an additional fee that consumers are glad to pay). Almost all now use online ordering and other systems to manage members and many other facets of the operation. Ordering and pickup need to be as easy as possible if a CSA modeled farm hopes to succeed.

Note that the above two fit perfectly with research done on consumer preferences when it comes to local food and food in general.

These two lead to a third observation, the importance of technology for CSA operations, but really, this applies to ALL farms trying to make it in the modern economy.

First, they use it to attract and acquire new members while also connecting with and keeping their current ones. Facebook groups, email lists, Instagram and dozens of other tools are now at the disposal of farmers. Many of them are free or relatively low cost to make use of.

Second, the flexibility and convenience consumers want is only possible by making use of technology. Online ordering and payments are a must.

agfuse.com
As I mentioned previously, the majority of consumer spending is now done via credit cards, and a great deal of this is done online. Mobile friendly, user friendly, engaging and easy to use - farms that succeed as direct to consumer sales models such as a CSA crack this nut. Those that don’t don’t last.

4. Diversity - Many successful CSA farms have diversified beyond typical, seasonal vegetables. Some do this through diversifying their own operations, but some do it through partnering with other local farms. A vegetable farm will partner with a pastured meat operation, a honey farmer, and an orchard and maple syrup operation to both create a longer CSA season and greater value for their members.

This diversity is also key to providing convenience for consumers interested in local food and direct to farmer relationships. If they are already meeting you to get produce, they probably want to also get their meat, eggs, honey, and other items at the same time as well.

This diversity, though, has some challenges and hurdles. In some states, as soon as a farm is handling items from another operation, additional regulations and rules kick in. Unfortunately, these can severely hamper the ability of a group farmers to work together in a profitable and efficient fashion. So, CSAs or other operations wanting to go this route need to check their local rules and regulations, along with working to make farm cooperation less difficult through regulatory change.

These are not all the lessons we can learn as farmers from the rise and stumble of the CSA model. But they serve as a good starting point for discussion and an important opportunity for reflection on the history and direction of local food in the US.

It is good to realize, the CSA model has provided farmers of many different types with important case studies and data that applies across many sectors of food and farming in America. Even if you are not a CSA farmer and will never be, the importance of technological adoption, embracing consumer preferences, and so much else directly applies to all almost all farming operations.

Have you considered going CSA? Or were you once a CSA? Share your thoughts on experiences in the comments.

Are CSAs still a viable business model for small farms? In the early 2000s, we hit a heyday for local farm and foods. Works by numerous authors created a resurgence in interest among consumers for “food with a face” - locally grown, seasonal, direct...