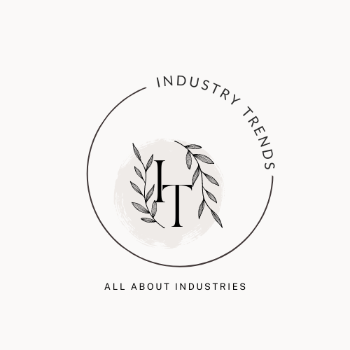 In 1950, merely 30% of the people on earth lived in cities, and by 2018, their share surged to 55%. Further, driven by the search for better education, jobs, and life, this percentage is set to rise to 68% by 2050. These statistics, presented by the United Nations in its World Urbanization Prospects: 2018 Revision report, suggest a massive increase in the burden of farmers. Because not only will the booming population lead to a constantly rising demand for food, but the expanding cities will also leave less land for agriculture.

This factor, as per P&S Intelligence, will be instrumental in the growth of the ammonium phosphate market in the coming years. This is because the salt, represented by the chemical formula (NH4)3PO4, is one of the key ingredients of fertilizers, particularly the all-important nitrogen-based fertilizers. Thus, with the diminishing agricultural land and booming population, farmers must use more fertilizers than ever for a consistent crop output. Specific to (NH4)3PO4, the nitrogen contained in ammonium is positively charged, which is why it is better absorbed by the soil.

But, the nitrogen in such fertilizers does not latch on to the plants, which is why the risk of leaching, which refers to the washing away of the nutrients from the soil with water, is high. This mandates the addition of ammonium fertilizers multiple times a year, often during each sowing season. This leads to a high requirement for ammonium phosphate, especially from agriculture-driven economies, as phosphate fertilizers are preferred for the supply of nitrogen to the soil.

Other major applications of the compound are flame retardants, food and beverages, water treatment chemicals, detergent and soap, animal feed, and metal finishing chemicals. Among these, the consumption of this phosphate salt is set to rise the fastest in the production of flame retardants. As per the World Health Organization (WHO), 180,000 people die of burns each year, often due to lax fire safety norms. Homes, offices, factories, and automobiles are always at a high risk of fire, especially if preventive measures have not been enforced.

However, with time, the awareness on fire safety has risen around the world, which has led to the implementation of stringent fire safety regulations, especially in developed countries. As a result, the demand for plastics coated with flame-retardant materials for usage in automobiles is surging. Even otherwise, the usage of plastics is increasing in vehicle production in order to lower their weight and fuel consumption, with the ultimate aim of decreasing their greenhouse gas emissions. Similarly, the usage of fireproof vinyl flooring is growing in homes with people’s rising disposable income.

Because of all these reasons, Asia-Pacific (APAC) is the most-productive ammonium phosphate market, a situation that will not likely change in the years to come. Most of the regional countries, such as China, India, Vietnam, and Cambodia, are strongly dependent on agriculture for their economic growth, which has been driving the consumption of all kinds of fertilizers and biocides here. Moreover, the booming sales of automobiles here are propelling the consumption of fire retardants for automotive plastics. Another major application of this salt in the region is water treatment chemicals, which have become strongly essential considering the huge unmet need for clean and safe drinking water here.

Hence, with the booming population, the consumption of ammonium phosphate will surge.
News