Beyond the Commodities – Haven Farms 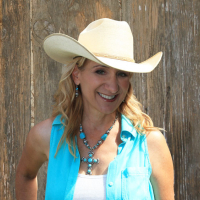 My passion in my business, and in my life, is agriculture, and helping those that feed the world figure out how to maintain the lifestyle that has been in their families for generations. They don’t know anything else, and they don’t want to do anything else. It’s not just a job, it’s how they live their life, every day, all day.

Those who work in ag are a close knit group. They don’t talk much. They are humble, love God and their families above all else, and while most of the rest of the world enjoys a 40 hour work week, they don’t know what that even looks like. They have dirt under their fingernails 24/7 and a passion for the land that is unwavering.

97% of farms in America are family owned and run. Sadly, the majority of these farms cannot survive any longer on just farm income. Often, while the husband works the farm, the wife has a job in town that provides extra cash and much needed health insurance benefits. And the farms are most often diversified in what they produce. One crop alone, whether it’s calves or corn, is likely not going to sustain the farm all on its own.

For this reason, many farms and ranches are branching out beyond selling commodities into the consumer and retail markets, with various products. Some stemming from the crops they produce, some are the result of brainstorming and new business ideas that aren’t always tied in to the farm.

In my efforts to help farms and ranches be more diverse, I’ve tracked down and interviewed 3 different farms to find out the why, what, where, when and how, in hopes that sharing their stories with my readers may inspire other farms and ranches to give it a try.

This will be a 3-part series of articles, featuring a former seed and livestock producer who has figured out a unique method of turning a byproduct on her farm into something that gardeners can’t live without, a dairy in Missouri, and a cattle ranch in California that offers guests a glimpse into what life on a ranch is like.

Meet Annie Haven, whose family has a long history of farming and ranching going back over 160 years, beginning in Michigan, and settling in California in 1904.

What was the original crop or product that your farm produced?

Annie: My great-great-grandfather George Haven started Haven Seed Company in Michigan in 1853. My great grandfather, Edwin Haven, moved to California in 1904 in search of more land, better soil and a milder climate so that he could expand the seed company, which grew over 90 varieties of tomatoes for seed.

Our family farmed thousands of acres all over California, including land that eventually became Camp Pendleton Marine Base. The land was originally owned by our family, however in 1942 the government acquired the land through eminent domain for the base and leased back a portion of it to us so we could continue farming. As the area grew and water became too scarce to support both the base and the farming operation, we began scaling back our farming operation in 1968. We continued to farm on a smaller scale and sell produce at our road-side stand and interest from customers grew in how we were able to raise the quality produce we did without herbicides, which were not widely used at the time.

Why branch out into the consumer or retail market and what product did you decide to sell?

Annie: During the early years on our farm, we raised our own livestock to feed the workers, thus our cow/calf operation was born out of necessity, and the byproduct of this became our “manure tea”. We began bagging manure in old bean sacks from WWII and “steeping” it in 30,000 gallon vats and use it to flood irrigate to get the nutrients back into the soil. Using the manure in this manure prevents a “weed seed” issue that is common when you just mulch manure into the soil.

We began selling the steeped tea at our produce stand in gallon jugs in the early 60’s, simply due to customers asking for it. They would buy it, go home and water their plants and bring back their containers for a refill on their next visit. When we decided to sell on a larger scale and online, we began packaging it dry so our customers could take it home and steep it themselves.

In the early years, the Manure Tea was a just side business to the farming, and a way to make some extra money. Now, because of the drought in California, farming has taken a back seat and I raise the cattle for the manure to make the tea. It’s come full circle.

What has been your biggest struggle?

Annie: As with anything, bringing awareness that our product was even available. And educating the customers about the value of our product.

What has been your biggest success?

Annie: When INC. Magazine recognized our company, when one of our customers won the Better Homes & Gardens Dream Country Garden award in 2014 and gave our Manure Tea the credit, are just a couple of the high points.

What marketing practices have worked the best for you?

Annie: Social media has saved me. I could never have afforded to pay a distributor thousands of dollars and then sit there and wonder if I would have sales or not. We’ve been selling online since 2000, but social media opened up doors that weren’t previously available. It gave me the ability to connect with garden writers and home gardeners themselves. I virtually built the business on Twitter and then started to connect further with people on Facebook.

What is your biggest piece of advice for someone who is thinking about expanding their farm or ranch into the consumer market?

Annie: The biggest thing is to know your consumer. Listen to their feedback. Start small, and get your product into the hands of your potential customers and let your product sell itself. Know what your selling and tell your story, so no one else tells it for you.

To learn more about Annie and her manure tea for your garden, visit the Authentic Haven Brand Soil Conditioning Teas website. You can also connect with Annie on Twitter and Facebook.

Beyond the Commodities – Haven Farms

Meet 3 Family Farms Who Have Expanded Into the Consumer/Retail Market to Preserve Their Family LegacyMy passion in my business, and in my life, is agriculture, and helping those that feed the world figure out how to maintain the lifestyle that has been...

5 Reasons Why Your Farm or Ranch Needs a Website

Times – they are a changing! Even for farmers and ranchers.Short of a nation-w...