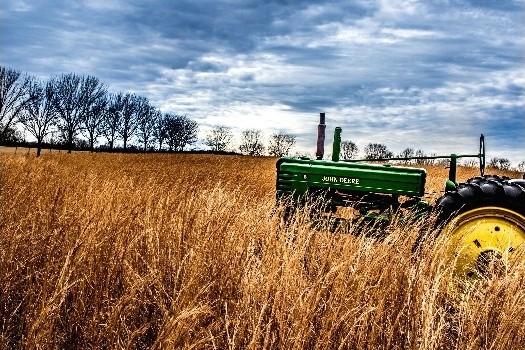 Technology has been an integral part of agriculture since at least 5,000 years ago, documented through the use of ploughs in ancient Sumeria. Today, drone and GPS farming is old news.

Still, some in the industry are unsure of the latest development to disrupt agriculture. From Chinese pork to Mexican mangoes, blockchain technology is already fostering direct marketing, improving traceability for compliance, reducing waste, and increasing profit margins.

Lest you think this is some fringe movement, or premature technology with no practical application, food industry giants such as Walmart, Nestlé, Dole, and Unilever are actively developing blockchain technology applications with IBM. The result? Walmart’s VP of food safety, Frank Yiannis, stated the company was “encouraged” by the potential for reducing the timeline of investigations into food-borne illness from weeks to seconds.

By selling through the blockchain, farmers living in all types of economies, from developing to post-industrial, have the opportunity to increase their sales and profit margins, while enhancing food safety. If blockchain technology can help farmers and food producers from the developing world, as well as multi-national mega-corporations, why not streamline and accelerate the distribution of your products?

What is the blockchain, and how are these applications disrupting agriculture?

In a nutshell, blockchain technology is creating new economic opportunities through decentralization, while enhancing security. To better understand the blockchain, and its potential impact on the agricultural industry, I sat down with Edwin Luk (Twitter: @EdwinLuk8175), a partner at Sysconverge and advisor to the Blockchain Advisory Council.

Like its predecessor, the Internet, blockchain technology increases everyone’s ability to directly connect with one another. For example, Edwin highlighted the FoodCoin Ecosystem and its thriving 1000EcoFarms platform, which allow small farms to market directly to consumers. Unlike the Internet, blockchain technology does not allow for participants to hide in obscurity, but actually brings greater transparency to each transaction. 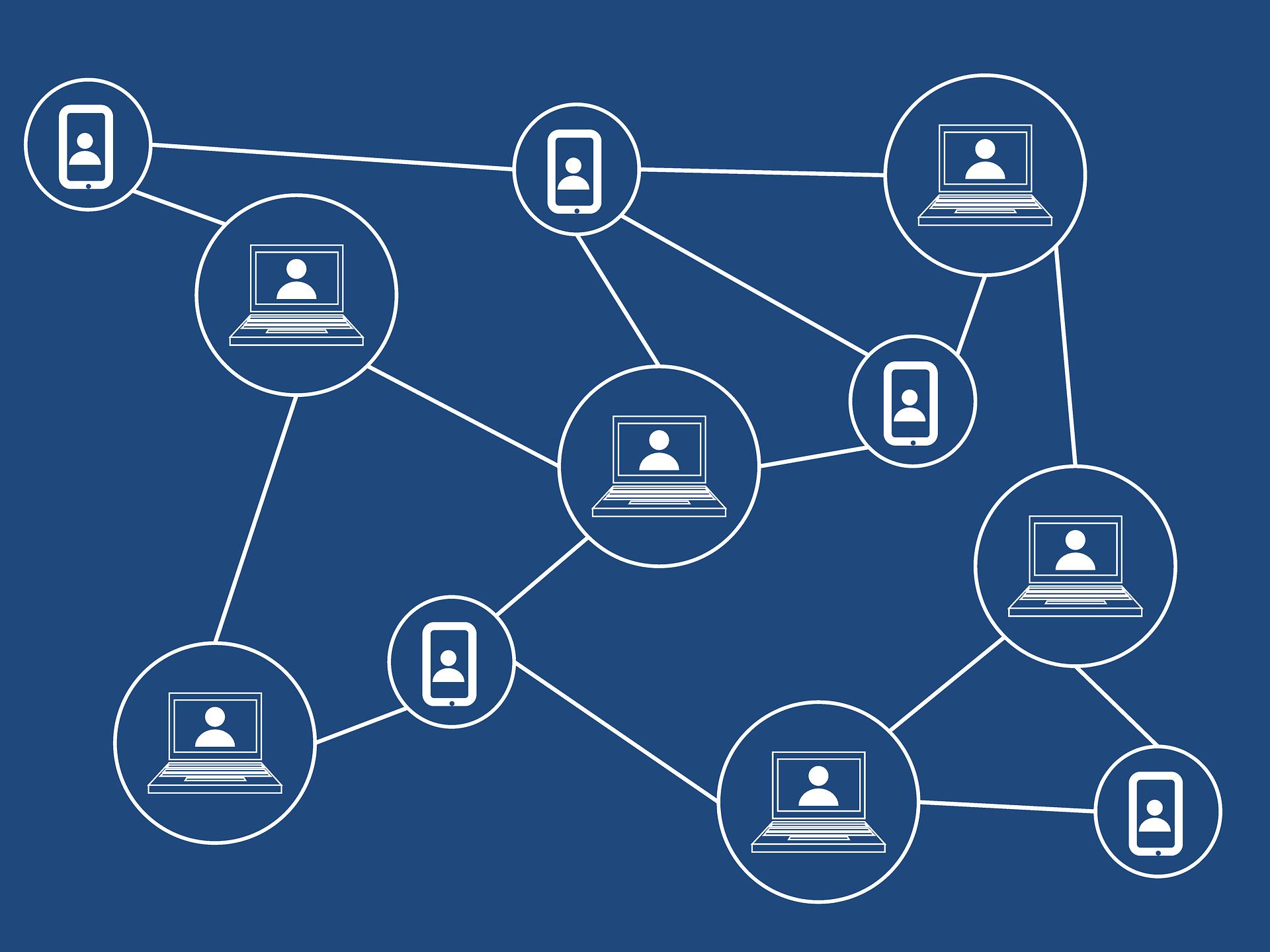 While the technology backing blockchain is so cutting edge that there is currently a shortage of adequately trained developers, understanding it from a user’s point of view is a lot simpler. Your transactions filed through the blockchain (a series of “smart contracts”) are passed along to individuals with the computer power to process them. As a farmer, you suddenly have access to a vast expanse of computing power, giving you the ability to compete with large financial and commercial organizations.

That means farmers have more ability than ever before to create and strengthen direct connections to their consumers. With that comes greater earning potential.

In an era of increasing concern over privacy, some might hesitate to pass theirs and their customers’ data on to the blockchain. That’s understandable, but rest assured that the blockchain creates verifiable tickets for every transaction.

This transparency brings a second benefit to the industry. Food safety compliance is made easier for farmers, with the supply chain more traceable than the paper and pen, and local area network systems currently in use today. That enhanced safety compliance means increased protection for end-consumers. 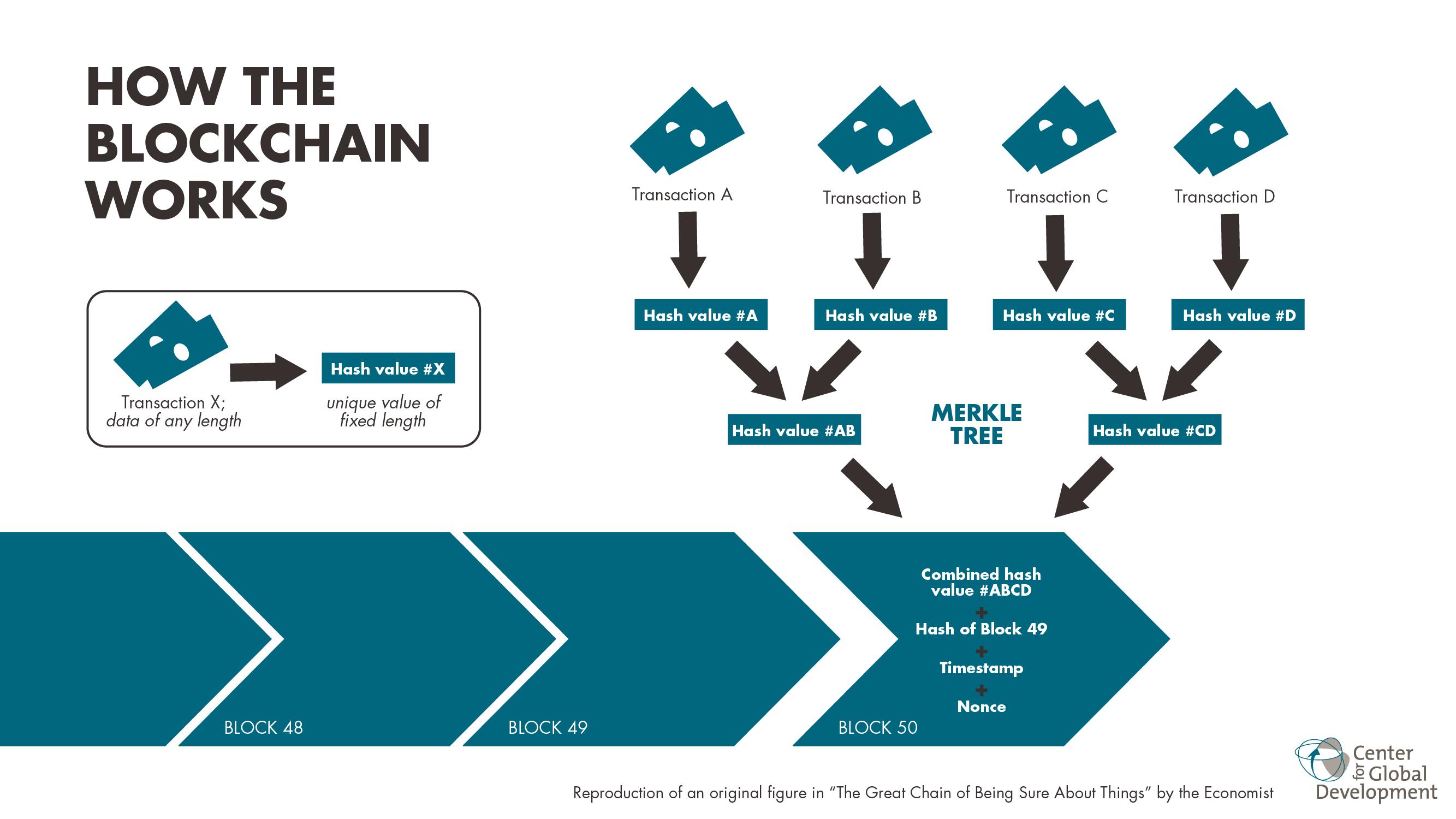 Nonces are not nonsense

No one’s advocating for a return to the Luddite movement, but there is an understandable pushback to disruption from one sector. One group that stands to lose a lot is distributors and other traditional supply-chain middlemen. Moving forward, distributors will need to offer alternative services to offset the losses to their current revenues.

Their loss is your (and your customers’) gain

As the supplier, you’ll have more direct access to your customers. Cutting out numerous middlemen will result in greater financial compensation for you, as well as your customers (should you care to share the wealth).

While customers of large corporations like Walmart most likely won’t experience any trickle-down savings due to higher profit margins, they aren’t going to lose out entirely, either. Remember the added benefit that comes from large retail chains adopting blockchain technology - they will be better equipped to ensure food products are safe, and accurately labeled.

Up until now, as Edwin explained, globalization has allowed massive corporations to leverage their economies of scale and “push the small and medium-scale producers and processors” out of local markets, both in the US and abroad.

Family farmers across America know well just how small the community has grown in the past century. The resulting pressure from major food and agricultural corporations on small and medium-scale producers has led to a decrease from roughly 6 million family farms in 1935 to only 2 million surviving by 2012.

The technological revolution brought forth by the Internet is being amplified by blockchain technology, and slowly starting to turn the tide. One application is the FoodCoin Ecosystem (FCE), a global marketplace for food and agricultural products.

Edwin laid out the basic components of the FCE, whose roadmap is laid out on their website:

Currently, the FCE plan relies on the founding team’s existing platform, 1000EcoFarms, though the system is designed to allow for the future addition of other platforms. The FCE will be based on FoodCoin technology, smart-contracts that cut a number of middlemen out of transaction chains.

According to Edwin, this “will dramatically reduce the costs of transactions,” which in turn should lead to greater competitiveness against larger producers and distributors. Direct marketing producers could also choose to lower prices for consumers.

Similar to family farmers in developed countries like the US, small and medium-sized farmers in developing countries are getting squeezed out by large agricultural enterprises along the supply chain. The blockchain “provides them with better market accessibility, faster remittance from customers, and less susceptibility to fraud and corruption from middlemen that handle their product in the different steps in the supply chain,” said Edwin. 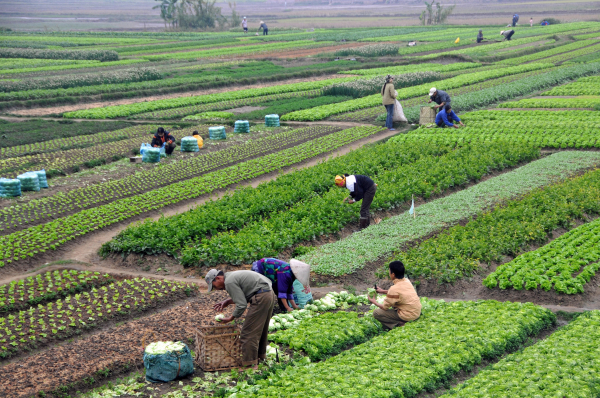 Ag Unity uses funds from partner NGOs to provide farmers with free smartphones pre-installed with AgriLedger. The app “helps farmers in developing countries by creating a permanent and tamper-proof ledger to build trust between various parties.” By addressing financial inequities, a lack of transparency, and market access issues, the exclusive platform is uniquely situated to direct “billions of dollars of new economic growth in positive ways.” 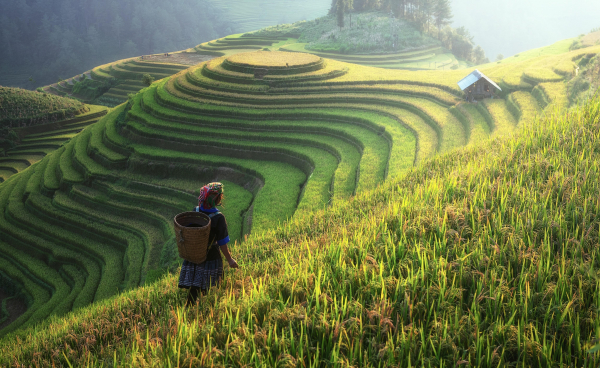 Not Every Beneficiary is a Farmer

Of course, not every beneficiary of the agricultural industry integrating blockchain technology is going to be a small-scale farmer. Large corporations like Walmart that are “developing their own internal solutions on blockchain technology,” says Edwin, are going to remain “the main beneficiary, since they are saving costs in the short and long term.”

However, even there, customers will still be better off, since blockchain technology does allow for the immediate identification of “any food safety concerns that occur along the supply chain.” Even in cases where there is no immediate health concern, consumers will be able to ensure “food products contain the exact ingredients specified on product labels.” 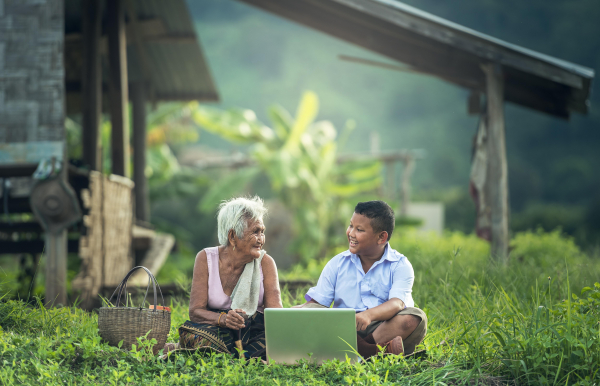 Cross-pollination and hybridization are critical to agricultural evolutionary success

While the integration of blockchain technology into the agricultural industry is nascent, there are a number of stakeholders poised to benefit from once more evolving agricultural best practices through hybridization.

Edwin cited four “main use cases for agriculture and blockchain”:

Edwin is optimistic that blockchain technology will allow more food products, which have a limited shelf life, to reach their intended end consumer, and create an environment of “timely payments, along with less fraud and corruption.” Factor in a “reduction of transaction times and waste, and an opening of new markets,” and it is easy to see how a new hybrid food supply chain involving blockchain technology is an attractive development.

Greg Heilers has worked in organic, small-scale agriculture across the US, Europe, the Middle East, and Central America. He enjoyed extensive hands-on involvement building his father’s grass-fed beef, breeding meat goat, and poultry farm in south-central Kentucky, which leverages the Internet to direct market (and should start looking into blockchain soon!). Greg freelance writes for B2C and B2B audiences: gpheilers.com

Technology has been an integral part of agriculture since at least 5,000 years ago, documented through the use of ploughs in ancient Sumeria. Today, drone and GPS farming is old news.Still, some in the industry are unsure of the latest development to disrupt...