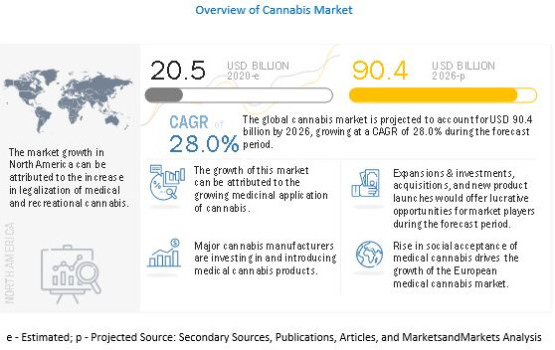 The cannabis market is segmented region-wise, with a detailed analysis of each region. These regions include North America, South America, Europe, and RoW (Israel and Australia).