First, we need to how to recognize their symptoms.

Late blight is caused by Phytophthora infestans, a microorganism which prefer moist and cool environments.

The optimum humidity for sporangia germination to form zoospores is to reach saturation when there are water droplets.

Above 15°C, sporangia directly invade the host, but it takes a long time. The hyphae invaded into the host body spreads fastest at 20~23°C, and the symptoms are the most obvious.

Symptoms of early disease first appear in the base of the affected plant, with roughly round brown spots on the leaves and stems.

As the lesions expand, the spots appear yellow halos. Lesions larger than 10 mm in diameter usually have dark concentric rings.

Eventually, multiple spots on a single leaf will merge, resulting in extensive destruction of the leaf tissue. Early disease can cause the lower leaves to be completely deleaved and even lead to the death of infected plants.

Fruit spots rot at the stem and radiate from the attachment area between the flower and the fruit. The color of spots are usually brown to black, It’s sunken and has a distinct concentric ring.
https://agfuse-web.s3.us-west-2.amazonaws.com/production/article_images/3dcf66bd23b21cb45e46b4e41eb0938a.jpg 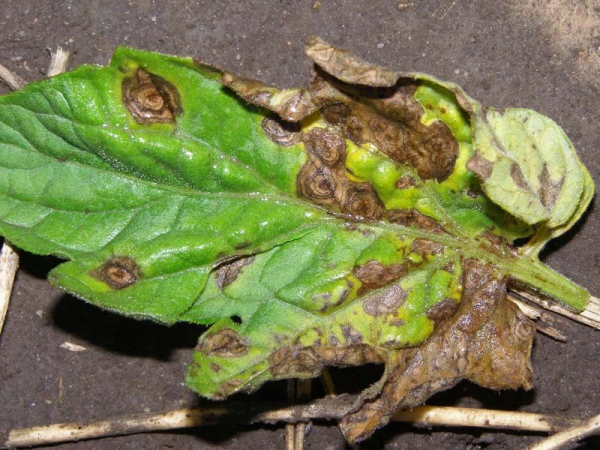 The most obvious early signs of late blight are brown spots or disease spots on plant stems.

In wet conditions, the pathogen produces spores on the surface of the infected tissue, and the resulting white spores can be seen forming at the damaged edge of the surface the leaf’s blade back. 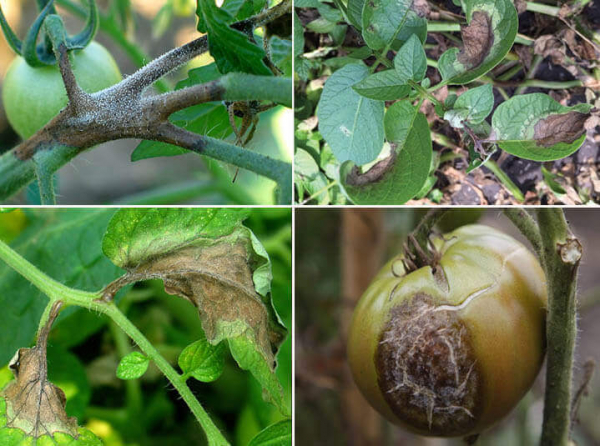 Early blight and late blight are the most common diseases on tomato & potato. They usually take huge losses to farmers. Although the names of the two diseases are the only one-word difference, some growers do not know exactly about the difference between...