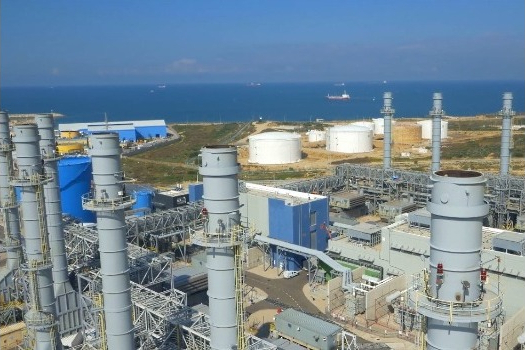 The construction and financing of Gas turbine plant was first build in1903 by Aegidius Elling, a Norwegian, using rotary dynamic compressor and turbines marked the beginning of GT. This effort was credited with the building of the first Gas Turbine Power Plant that produced about 8kW.

Gas turbine power plants (GTPP) are capable of reaching full capacity in a few minutes, so they are especially suited to compensate for short-term peak loads. These flexible power plants will play an important role on the path to sustainable energy in the future.

Havelet Finance Limited a Channel Island based loan company is capable of providing 50–70% funding for the construction and modernization Gas Turbine Power Plant anywhere in the globe.

Different arrangements of the Gas Turbines Plants components have developed in the past. Some of these arrangements are appropriate for power generation and the others used to mechanically drive applications such as compressors and pumps. GT was classified based on the working cycle, components arrangements, and the field of application as follow;

In the open cycle of a GT, gases or working fluids are repeatedly circulated through the machine. The required energy in the system is added to a heat recovery while an auxiliary fan supplies the air required to burn the fuel Typically, the closed cycle of a GT resembles that of an ST plant by virtue of the gases produced from the combustion process not directly moving through the turbine as depicted in Figure.

How a gas turbine works

Gas turbines are comprised of three primary sections mounted on the same shaft: the compressor, the combustion chamber (or combustor) and the turbine.

The compressor can be either axial flow or centrifugal flow. Axial flow compressors are more common in power generation because they have higher flow rates and efficiencies. Axial flow compressors are comprised of multiple stages of rotating and stationary blades (or stators) through which air is drawn in parallel to the axis of rotation and incrementally compressed as it passes through each stage. The acceleration of the air through the rotating blades and diffusion by the stators increases the pressure and reduces the volume of the air. Although no heat is added, the compression of the air also causes the temperature to increase.

Because the compressor must reach a certain speed before the combustion process is continuous — or self-sustaining — initial momentum is imparted to the turbine rotor from an external motor, static frequency converter, or the generator itself. The compressor must be smoothly accelerated and reach firing speed before fuel can be introduced and ignition can occur. Turbine speeds vary widely by manufacturer and design, ranging from 2,000 revolutions per minute (rpm) to 10,000 rpm. Initial ignition occurs from one or more spark plugs (depending on combustor design). Once the turbine reaches self-sustaining speed — above 50% of full speed — the power output is enough to drive the compressor, combustion is continuous, and the starter system can be disengaged.

The thermodynamic process used in gas turbines is the Brayton cycle. Two significant performance parameters are the pressure ratio and the firing temperature. The fuel-to-power efficiency of the engine is optimized by increasing the difference (or ratio) between the compressor discharge pressure and inlet air pressure. This compression ratio is dependent on the design. Gas turbines for power generation can be either industrial (heavy frame) or aeroderivative designs. Industrial gas turbines are designed for stationary applications and have lower pressure ratios. Aeroderivative gas turbines are lighter weight compact engines adapted from aircraft jet engine design which operate at higher compression ratios — up to 30:1. They offer higher fuel efficiency and lower emissions, but are smaller and have higher initial (capital) costs. Aeroderivative gas turbines are more sensitive to the compressor inlet temperature.

Because of the power required to drive the compressor, energy conversion efficiency for a simple cycle gas turbine power plant is typically about 30 percent, with even the most efficient designs around 40 percent. A large amount of heat remains in the exhaust gas, which is around 600ºC as it leaves the turbine. By recovering that waste heat to produce more useful work in a combined cycle configuration, gas turbine power plant efficiency can reach 55 to 60 percent. However, there are operational limitations associated with operating gas turbines in combined cycle mode, including longer startup time, purge requirements to prevent fires or explosions, and ramp rate to full load.

The compressed air is mixed with fuel injected through nozzles. The fuel and compressed air can be pre-mixed or the compressed air can be introduced directly into the combustor. The fuel-air mixture ignites under constant pressure conditions and the hot combustion products (gases) are directed through the turbine where it expands rapidly and imparts rotation to the shaft. The turbine is also comprised of stages, each with a row of stationary blades (or nozzles) to direct the expanding gases followed by a row of moving blades. The rotation of the shaft drives the compressor to draw in and compress more air to sustain continuous combustion. The remaining shaft power is used to drive a generator which produces electricity. Approximately 55 to 65 percent of the power produced by the turbine is used to drive the compressor. To optimize the transfer of kinetic energy from the combustion gases to shaft rotation, gas turbines can have multiple compressor and turbine stages.

Benefits of gas turbines for the energy sector

The high demand and interest in construction of gas turbine power plants has increased interest in the arisen due to the growing instability of energy systems. Relatively, impressive power outages around the world have played a big role. The explosive growth of renewable energy sources has required the introduction of technologies that are able to cover the increasing load during peak hours. These requirements are well met by modern thermal power plants based on gas turbines, which led to an increase in the number of these facilities in power systems in the 1970s. This area is successfully developing today.

Parts of the power developed by the turbine is used to run the compressor and electrical generator. Thus, the mechanical energy is converted tin to electrical energy. After its expansion, the gases leaves the turbine at the atmospheric pressure is brought down from 1600c-650c. In gas, the power turbine station above 65% power is used to drive compressor and only 25% of power is used for electric generation.

The starting motor is used to initially start the compressor. The compressor then intakes fresh air and compresses it to a higher pressure. At the same time, the temperature of the air also increases. This compressed air is then passed to the combustion chamber.

Liquid fuels like kerosene etc or natural gas are the types of fuel used in open cycle gas turbines. The combustion chamber increases the heat energy of the compressed air at a constant pressure in the gas turbine power plant.

Havelet Finance Limited is ready to work with you in achieving and implementing your big projects. If you are interested in expanding or funding a gas turbine power plant, you can contact our team at any time and receive detailed advice on the key aspects of your project.

Financing of GAS Turbine Power Plant Projects.The construction and financing of Gas turbine plant was first build in1903 by Aegidius Elling, a Norwegian, using rotary dynamic compressor and turbines marked the beginning of GT. This effort was credited...