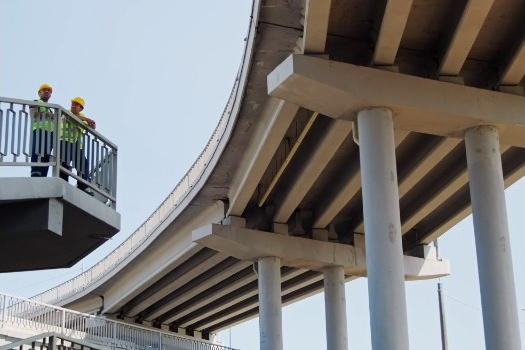 Global occurrence of project financing shows that the use of public-private partnership (PPP) mechanisms creates the necessary conditions for attracting resources and developing capital-intensive projects in many sectors of strategic importance for the society. These mechanisms are most applicable in infrastructure, environmental, agricultural and other projects. The financing of PPP projects is a complex and lengthy process that requires a comprehensive analysis and assessment of a particular project, along with ensuring its effective management. The participation of governments and local authorities in the implementation of large projects contributes to the expansion of business opportunities, the growth of the competitiveness of strategic sectors and the satisfaction of the urgent needs of society.

A Brief Concept of Public-private partnership

Public Private Partnership as an integral parts of project financing tool allows companies to attract investments from various sources, in various combinations with different ratios of equity and debt capital (depending on the agreements reached between project owners, shareholders and capital providers). The global growth of PPPs can be partly explained by the recent trend towards transferring responsibility for infrastructure and high-value social facilities from the state to the private sector. In the context of chronic budget deficits, this allows governments to carry out their duties effectively at minimal cost.

In any case, projects based on public-private partnerships always mean a complex and multifaceted contractual structure, which must be carefully planned and developed depending on the needs of a particular project. It should be understood that the volume of attracted investments and the period of return of capital will be largely determined by the interest of private capital. In the developed world, the most popular sources of financing for large PPP projects are equity capital and long-term investment loans. Bond issues and mezzanine investment instruments are also widely used.

On the other hand, developing countries more often use equity capital, loans from international financial institutions and other borrowed instruments, while bond issues and mezzanine capital in such countries are ineffective and not widespread enough. The difficulty of financing projects in developing countries can be explained by the fact that the risks and high cost of financial resources make many projects impractical.

The high efficiency of PPP as a form of interaction between the state, business and society is confirmed by world experience and global trends in the development of PPP. The first trend is a significant quantitative increase in the financing of PPP projects in the world (number of projects and total investment) since the end of the 20th century.

World Bank studies have shown that rapidly developing countries have used the PPP mechanism most actively.

The leaders during this period were such large economies as India, Brazil, Mexico and China. Traditionally, the financing of public private partnership projects has been actively developed in the EU countries. During 1990–2013 they have implemented almost 1,700 PPP projects with a total value of more than 318 billion euros. Almost two-thirds of the investments were made by the UK (according to 1990–2011 data), but in 2011 France became the leader, providing about 62% of the total financing of public private partnership projects in Europe. The second global trend is the diversification of the market for financing PPP projects by countries and sectors of the economy. In Europe, this process has been noticeable since 2006.

The UK has until recently maintained the largest PPP market, although its share continues to decline. The global financial crisis corrected the trend: funding for public private partnership projects for some time decreased in most countries and sectors, but during 2010–2011 there was a revival, especially in the field of water resources management and recycling of household waste. During this period, there is a more active use of PPP mechanisms to solve the social problems of developing countries (for example, the development of the healthcare system in Africa)

Gradual change in priorities from traditional financing of transport and infrastructure to a comprehensive solution of social problems through the construction of public facilities and their equipment (schools, stadiums, clinics, water supply and sewerage systems), including the development of large social infrastructure projects.

The key condition for investing in PPP projects is their adequate profitability and security, which means investment attractiveness. The WTO recommends directing government efforts towards creating a favorable investment climate and developing priority economic activities instead of subsidizing unprofitable enterprises. Significant forms of public-private partnerships that provide partnerships between business and the state are consulting services, the transfer of infrastructure for rent, outsourcing, leasing, concession and other joint activities. According to leading financial experts, the best form of partnership between the state and business on local infrastructure facilities is a concession.

A concession is a system of relations between the state (grantor) and a private legal entity (concessionaire) that arises as a result of granting the concessionaire the rights to use public property on a paid and repayable basis. These agreements also include the right to engage in certain activities, usually controlled by the state. The obvious advantage of the concession is the lack of competition in the market of social infrastructure facilities, guaranteed sales of products (services), as well as a long-term nature that allows business to plan activities in the long term.

Despite the high cost of mezzanine capital, debt servicing costs do not exceed the cost of equity, which allows reducing the weighted average cost of capital (WACC) and, accordingly, increasing the value of the business. Since it is difficult to obtain a loan on adequate terms for some long-term projects, the role of mezzanine financing for PPP projects can hardly be overestimated.

Looking for financing for large projects in the energy sector, industry, mining, real estate, tourism or other sectors? Havelet Finance Limited is ready to provide you with comprehensive services at any stage of the project. Contact us for further details.

Global occurrence of project financing shows that the use of public-private partnership (PPP) mechanisms creates the necessary conditions for attracting resources and developing capital-intensive projects in many sectors of strategic importance for the...

This Land is Our Land… right?