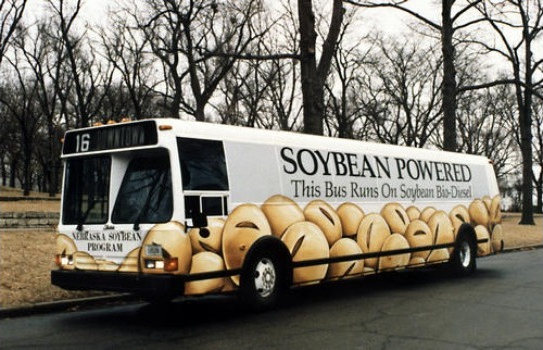 Who hasn’t heard of the term “soy” or “tofu”? Especially in the vegan community, soy-based foods have become more of a cultural facet than a regular food item.

The soybean or soya bean is widely cultivated in several parts of the world. But, Brazil and the US lead the industry with 126 and 124 million tonnes of production respectively (FAOSTAT, 2018) which is roughly 70% of the world's production. In the US, soybeans are the second largest produced crop after corn. The bulk of the production is directed towards oil extraction and use as animal feedstock.

Even though a pulse crop, soybean is mostly considered an oilseed due to its high oil content of 35%. Despite this, soybean is the richest source of plant protein (36%), the highest among any other pulses. Soybean offers a complete protein profile which is comparable to that of animal protein. Several scientific interventions have occurred in developing the commercial varieties of soybean which we see today. Depending on the industry and consumer requirements, soybeans range from high oil to high protein types and those with non-shattering pods.

Because of such qualities, soybean has an important place in the agriculture and has many industrial applications. It is rather difficult to find any other crop with a product profile as vast as the soybean. Here's a look at a few soy-based products:

Soybean oil. This remains the prime product and by far the largest player in the soybean industry. On a commercial scale, oil is produced chemically through a solvent extraction procedure, though physical methods such as press and expellers are also widely used in many parts of the world.

According to SoyStats 2017, soybean oil is the highest consumed vegetable oil in the US and holds second place only to palm oil when it comes to world consumption.

Other than consumption, soybean oil is used in several industrial applications such as soap production, biodiesel manufacturing, etc.

Lecithin. Ever wondered how the branded chocolate bars, ice-creams and puddings retain their silky smooth texture for so long?

The answer is lecithin, a substance extracted from soybean oil. Lecithin has amazing emulsifying properties and is widely used in the food, cosmetic and pharmaceutical industries as a natural emulsifier. The soy additive helps bind together the different components of a product which otherwise would separate under normal conditions.

Defatted soymeal. What remains after the removal of oil is the defatted soymeal. It is an excellent source of protein (over 50%) and is a major component of animal feedstock. The soymeal can also be converted to flour or chunks that can be used in different cuisines as a substitute for animal protein. Several versions of soymeal with quality improvisations such as lecithin-added (improves emulsifying properties) and soy hull mixed (higher fibre content) are available on the market at present.

Soymilk. It is a boon for vegans and lactose-intolerant people who find consuming regular milk and other dairy products an impossible task. Soymilk is made by grinding soaked raw soybeans with water and boiling them to remove anti-nutritional factors. The consistency and taste are comparable to that of regular milk and the product is marketed mainly as a sweetened or flavoured plant-based milk product.

There is a steady increase in the market for plant-based milk substitutes, and soymilk is a top contender with high potential alongside almond and oat milk.

Tofu. The perfect substitute for cottage cheese, tofu is an ancillary product obtained by coagulating the soy milk. The resultant solids or ‘curd’ is separated and pressed to remove the fluids before selling. As compared to its dairy counterpart, tofu is bland in taste when used directly, but easily takes up the surrounding flavours which make it easy to be included in any cuisine.

Fermented soy products. There is a considerable number of fermented products when it comes to soy. It is hard to believe, but the sheer numbers alone are sufficient for one to start a soy-based food industry! The types greatly vary based on geography, culture and tradition. Popular products include:

1. Soy sauce. This thick, glossy liquid is perhaps the most widely used fermented soy product. Originally developed in China, the soy sauce has now found its way as a common condiment in many Asian and western delicacies. Soy sauce is prepared by fermenting boiled soybean, cereal grains and brine solution using the fungi Aspergillus sojae, yeasts and bacteria such as lactobacillus species. Soy sauce prepared by chemical hydrolysis is also available in the markets.

2. Tempeh. It is a solid cake-like soy product made by fermentation of partially cooked soybeans using the fungi Rhizopus oligosporus. The fungus is allowed to completely overrun such that the soybeans are held together by the fungal mesh in the form of a cake. It has a nutty texture with a mild earthy flavour resembling mushrooms and can be used to cook a variety of dishes. 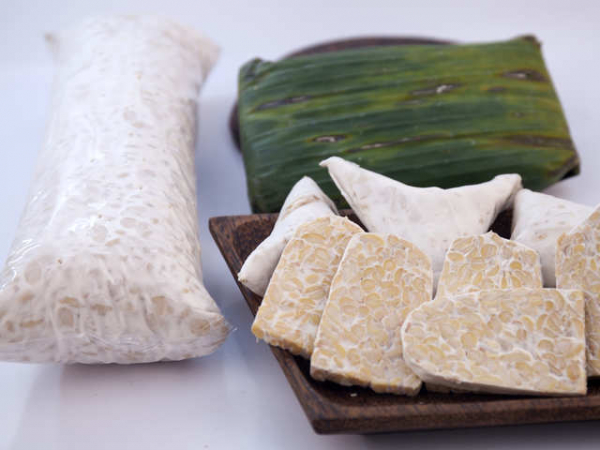 A cross-section of tempeh. The soybeans are held together by the fungal growth. Photo credit: Getty Images

3. Miso. It is another popular fermented soy condiment used as a seasoning for many dishes. It is mainly a fermented paste made using a mix of soybean, salt and the fungus Aspergillus oryzae. Some preparations also include ingredients such as rice and spices to provide additional flavours to the miso. Miso produces a flavourful umami or savoury taste to the dishes it is being added to.

Soybean is a wonder crop whose industry offers a boatload of opportunities, which is some food for thought!

Who hasn’t heard of the term “soy” or “tofu”? Especially in the vegan community, soy-based foods have become more of a cultural facet than a regular food item. The soybean or soya bean is widely cultivated in several parts of the world. But,...