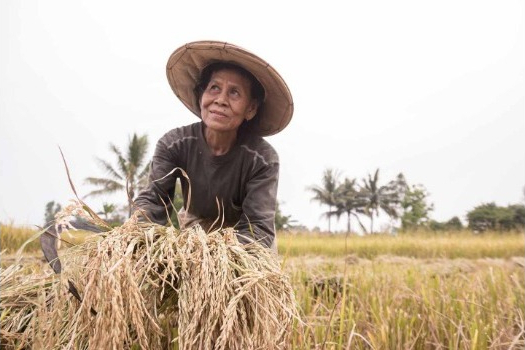 How farmers can help eradicate world hunger â€“ in 10 steps

By AgTech News By Agroop

Worldwide, thereâ€™s enough food to feed everyone â€“ and yet, one out of nine people suffer from chronic hunger. The data is revealed by FAO â€“ the United Nationâ€™s Food and Agriculture Organization â€“ in anticipation of World Food Day, on 16 October.

Despite this, hunger and malnourishment are on the rise. In 2016, the number of undernourished people was 815 million â€“ a 38 million increase from the previous year.

Why? According to FAO, the increase of violent conflicts around the world, which have contributed to forced migration, as well as droughts and other extreme weather events, â€śhave adversely affected food supplies and income and led to increased displacement.â€ť Economic slowdowns and rising obesity levels are also to blame.

The role of farmers and rural communities, then, is fundamental to solving this crisis.

According to FAO, â€śwhether [farmers] work on small family farms or in small food enterprises, their decisions will help shape the future of food and nutrition.â€ť

Here are ten steps the organization recommends that farmers take if they want to contribute to a hunger-free world.

â€śZero Hunger can only succeed in a society that is fair and equal for allâ€ť â€“ which means that farmers and smallholders should promote gender equality and empower indigenous peoples and youth.

FAO recommends that farmers manage natural resources in a sustainable and efficient manner, to guarantee their â€śfuture availability, protect the environment, and increase profits by reducing waste.â€ť

Farmers should adopt a â€śClimate-Smart Agriculture approachâ€ť in order to fight the challenges that climate change poses. This includes using drought- and disease-resistant seeds or breeding livestock suited to warmer temperatures.

â€śGrowing pressure on the demand for land to grow crops for biofuel production and bio-fortified food will simultaneously increase the demand for agro-biodiversity.â€ť Thus, it is important that farmers diversify their crops to maintain healthy soils, regulate pests and diseases and decrease carbon dioxide in the atmosphere.

The worldâ€™s population is expected to be 9 billion by 2050 â€“ and agriculture will have to produce 60% more than it does today. That is why farmers should â€śfind new, more productive ways to farm food and diversify their crops.â€ť This would also be beneficial for themselves, as it would increase crop yields and thus their profits.

Read also: 3 reasons to use AgTech in your farm

â€śFarmers and agribusinesses should participate in policy, programme, and monitoring processes at all levels, to contribute their knowledge and expertise, and make their voices heard.â€ť

Vulnerable rural populations have a harder time getting their views taken into account by policymakers, so itâ€™s important that they unite and form local cooperatives to empower themselves.

9. Leverage the power of technology

10. Educate the farmers of the future

Read more articles about AgTech and Agriculture on our blog.

How farmers can help eradicate world hunger â€“ in 10 steps

Worldwide, thereâ€™s enough food to feed everyone â€“ and yet, one out of nine people suffer from chronic hunger. The data is revealed by FAO â€“ the United Nationâ€™s Food and Agriculture Organization â€“ in anticipation of World Food Day, on 16 October.An...

With last yearâ€™s season completed and this yearâ€™s yet to begin, now is a nat...