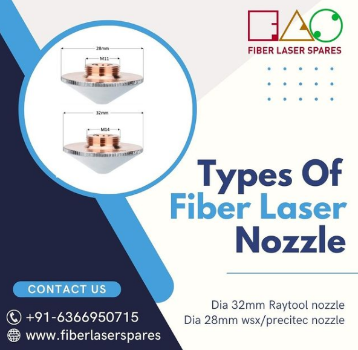 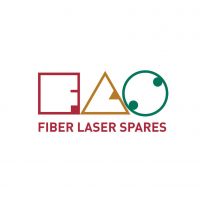 The diameter of the nozzle determines the size of the gas flow in the incision, the gas diffusion area and the gas flow rate, which affect the removal of the melt and the stability of the cutting.

If the airflow in the incision increases, it indicates that the movement is fast and the position of the workpiece in the airflow is appropriate. The stronger the ability of the spray to remove melts, the higher the laser power used and the fiber laser Ospri/WSX nozzle is sized according to the thickness of the metal sheet cut.

Fiber laser spares divide common laser cutting nozzles into single and double layers. Single layer nozzles are used for melting and cutting, so nitrogen has been used as an auxiliary gas, and they commonly use nozzles for cutting stainless steel, aluminum alloys, brass, etc. Double-layer nozzles are used for oxidative cutting and they use oxygen as the auxiliary gas, which is commonly used for cutting carbon steel.

How Does the Laser Nozzle Affect the Fiber Cutting machine?

If we talk about innovations in technology, we cannot proceed without mentioning...

What is the function of a fiber laser nozzle?

• Through the internal shape of the Fiber Laser nozzle, they adjust the airflo...

How Does the Fiber Laser Nozzle Affect the Cutting Quality of the Laser Cutter?

Inside the Fiber Laser Nozzle Cutting Machine, It is worth noting that during th...

Fiber laser spares refers to the ceramic ring insulator for the cutting head of ...

We can apply these original laser nozzle to our RayTools laser heads. Nozzles co...