How the small Farmer can Acquire more Farms using Leverage.

"Going private" refers to the transformation of a public corporation into a privately held firm. A leveraged buyout (LBO), financed largely by borrowing, is the acquisition of the stock or assets of a public company by a small group of investors. The buying group may be sponsored by buyout specialists or by investment bankers. A variant of the LBO going-private transaction is the management buyout (MBO) in which a segment of the company is sold to its managers. Since 1981, unit MBOs have represented more than 10 percent of total divestitures. 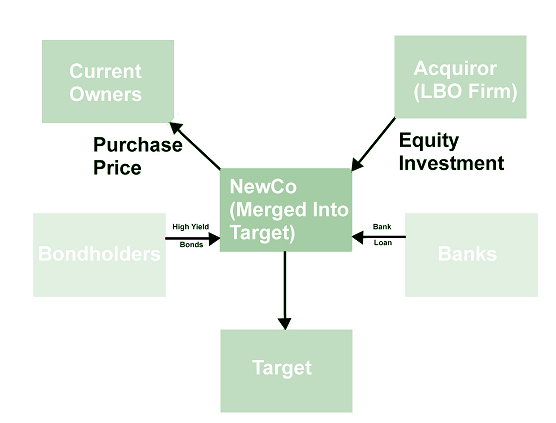 Increased leverage does not seem to have been a dominating motive in LBOs. While leverage is increased at the formation of the LBO, it is sharply reduced in successive years. Muscarella and Vetsuypens present data showing the pattern of leverage for a sample of 72 firms that were taken private in LBOs and returned to public ownership through stock offerings about three years later. The debt-to-equity ratio before the LBO was 78 percent, rose to 1,415 percent at the time of the LBO (on a market basis), dropped to 376 percent before the offering, and declined to 150 percent after selling shares to the public. Since equity values are increased, the ending leverage ratios at market could be below 100 percent. Thus, super-leverage does not appear to be a lasting consequence of LBOs. The initial financing is designed to facilitate higher management participation in the equity, which is associated with subsequent operating improvements, value increases, and leverage reductions.

There is an important economic perspective to bring to LBOs. They were a unique and valuable economic innovation in combining four important elements. First, was the use of high leverage so that the equity segment was reduced in size. Key management personnel could be provided with a significant equity ownership either through their own investments or the improvements they achieve in operating performance. The gains to managers would have significant impact on their wealth positions. Second, there was always a turnaround element involved in the LBO, based on highly qualified management either already on board or available for recruitment. Third, the management possessed the power of unrestricted decision making; they could utilize their knowledge, could be flexible, and could make prompt decisions without several layers of hierarchical review. Fourth, the rewards of successful operations were large and significant; they provided strong motivation to key managers and employees in the new firm.

This innovative concept is sound. Returns to the original shareholders on the initiation of an LBO or MBO were at least on the order of magnitude of 40 to 50 percent. Successful LBOs could go public again. In the so-called reverse LBOs, returns to the shareholders (who now included the key personnel) were in the 50 to 60 percent range. For the small agricultural farmer, this is an excellent strategy as I myself have always been adamant about the term " Growth through Acquisition". For a consultation feel free to contact me at robertmorgan@agrilend.co or visit our site www.agrilend.co for more information.

How the small Farmer can Acquire more Farms using Leverage.

Going Private and Leveraged BuyoutGoing private refers to the transformation of a public corporation into a privately held firm. A leveraged buyout (LBO), financed largely by borrowing, is the acquisition of the stock or assets of a public company by a...