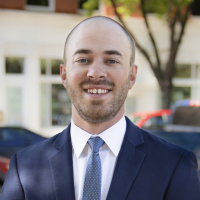 On December 19, 2019, Treasury released the final regulations for the much-discussed Opportunity Zone program. Overall, these final regulations did a great job of answering most of the open farming & agribusiness questions proposed by tax practitioners. While we will discuss these in detail, taxpayers must first have a solid understanding of the basic Opportunity Zone rules and benefits.

The Opportunity Zone initiative was enacted as part of the Tax Cuts & Jobs Act of 2017. Initially passed on December 22, 2017, the rules for this program are found in Internal Revenue Code Section 1400Z. These rules provide multiple tax benefits and incentives to taxpayers who invest in businesses or properties that are located within designated "Opportunity Zones." The zones themselves were proposed by each state and approved by the federal government and are commonly referred to as "Qualified Opportunity Zones." To qualify for the tax benefits, a taxpayer must "substantially improve" the property or business in which they acquire, unless the property is "original use property" meaning it has never been previously depreciated by a different owner.

Generally, "substantially improving" the property means doubling the taxpayer's basis (exclusive of the value assigned to the land itself) within thirty months after purchase. Said differently, taxpayers must double their initial dollar investment in the physical property by spending a substantial amount of money improving the property. Additionally, an Opportunity Zone Fund must invest ninety percent of their assets in Qualified Opportunity Zone Business Property. Qualified Opportunity Zone Business Property can be a building that will be rehabbed and improved or a business that is created or purchased.

The tax benefits, should a taxpayer meet the previously mentioned qualifications, are substantial. The first benefit is that a taxpayer can defer the tax on their capital gains until 12/31/2026. If a taxpayer has a capital gain in 2020 that they reinvest into a Qualified Opportunity Zone Fund, the taxpayer does not have to pay tax on that gain until 2026. The second benefit is the ability to reduce the amount of tax paid on the initial capital gain used to fund the investment. In addition to deferring the gain until 2026, taxpayers can reduce the gain by up to 15% depending on when the investment is made and how long the Opportunity Zone investment is held.

To receive the maximum reduction of tax on the capital gain, taxpayers needed to fund their opportunity zone investment by December 31, 2019. However, taxpayers are still able to reduce the tax on the gain paid in 2026 but not by the full, maximum amount. The final tax benefit, and the most significant, is that if the Opportunity Zone investment is held for at least ten years, the appreciation of the investment is tax-free. For example, if a taxpayer invested $1m in an Opportunity Zone Fund investment that is held for ten years and the value of the property at the end of the ten years is $5m, the $4m of gain is tax-free. The tax-free appreciation treatment is unique to Opportunity Zones and differs from a Section 1031 Like-Kind Exchange where the tax is deferred, not avoided like it is in an Opportunity Zone Investment.

In April 2019, Treasury issued proposed regulations for the Opportunity Zone program that clarified several issues including starting or investing in businesses through this program. However, these proposed regulations failed to address many of the concerns expressed by tax practitioners related to the implications of the Opportunity Zone program for agriculture businesses or farmers. IRS Revenue Ruling 2018-29 concluded that a taxpayer in an opportunity zone program only has to "substantially improve" the building portion of their investment and not the land itself. So, taxpayers who purchase a traditional commercial real estate property such as a shopping center or office are only required to substantially improve the value assigned to the building and not the value assigned to the land. In the Revenue Ruling, a taxpayer purchased a property with 60% of the total purchase price allocated to the land and the remaining 40% of the purchase price allocated to the value of the building. The IRS concluded that the taxpayer only had to "substantially improve" the 40% of their investment that related to the actual building.

While this conclusion is clear from a traditional commercial real estate perspective, farmers and agribusinesses expressed concern about how to qualify from an agricultural land perspective. Assume that a taxpayer acquires acres of farmland that does not have a physical building on the property to substantially improve. Would the taxpayer's investment in infrastructure (irrigation, fences, roads, etc.) or replanting of crops (annuals or perennials) qualify as "substantially improving" the property in order to qualify for the Opportunity Zone program? The Opportunity Zone regulations specifically exclude "Land Banking" from qualifying but also say that a taxpayer does not have to "substantially improve" land. So, uncertainty existed around what land investments and land improvements would qualify for the Opportunity Zone program in the agriculture industry.

The final regulations issued on December 19, 2019, attempted to answer a number of these questions. In attempting to clarify the rules regarding land, while the land is not required to be substantially approved, Treasury added a statement that land must be improved by more than an "insubstantial amount” for it to qualify as Opportunity Zone Business Property. They failed to provide a quantitative threshold for this determination. Rather, they decided to make this determination on a case by case basis. However, in the introduction to the regulations, Treasury provided an example case where a farming business improved the irrigation system to qualify as a Qualified Opportunity Zone business. Other land improvements such as clearing, cleaning, grading, rehabbing, or purchasing business assets used in the farming trade or business should qualify as Qualified Opportunity Zone business property.

One major change from the proposed regulations relates to Section 1231 gains and losses. Section 1231 gains and losses are generally generated from the sale of depreciable business assets. Section 1231 gains and losses are netted together at the end of the year to determine whether the taxpayer was in a net §1231 gain or net §1231 loss position for the year. If the net is a gain, then the gain is capital. If the net is a loss, the loss is ordinary. This "best of both world" treatment causes an issue with Opportunity Zones because of the 180-day requirement. As previously mentioned, the capital gain must be invested in an opportunity zone fund within 180 days of the date the gain is generated. In the context of §1231 gains, Treasury had to answer the question of whether the date of the gain began on the date of the original gain transaction or at the end of the year when these gains and losses were netted. In the proposed regulations, Treasury stated that the 180 day period would not start until December 31st when the gains and losses were netted. This caused frustration in the industry because taxpayers had to potentially wait months to be able to invest their gains into an opportunity zone project. Therefore, in these final regulations, Treasury changed its stance and is allowing taxpayers to forego waiting until the end of the year. The 180-day clock officially begins on the date of the gain rather than at the end of the year. Farmers and agribusiness entities that sell assets used in a trade or business for a capital gain no longer have to wait until the end of the tax year to invest their capital gains into an opportunity zone project.

Another major outcome of the final regulations relates to the treatment of capital gains recognized on installment sale contracts. Uncertainty surrounded how to treat installment sales in two different scenarios: 1.) Because opportunity zone investments cannot have been purchased or acquired before 2018, what happens when the original sale occurred before 2018 but the payment(s) were received in 2018 or later? 2.) When can the gain be invested into an opportunity zone fund on an installment sale? Treasury answered these questions in a very taxpayer-friendly and simple manner by allowing taxpayers to treat the gain as a gain in the year the payment is received for opportunity zone purposes. Further, Treasury gave further flexibility to taxpayers by granting them the option for deciding when the 180 day period for opportunity zone investment begins. The two options are either on the date the installment payment is received for that taxable year or on the last day of the taxable year the gain is recognized.

In conclusion, Treasury answered many of the outstanding questions related to opportunity zone investing for agriculture and farmers. Even though several items are still a "facts and circumstances" test, the Opportunity Zone rules are much clearer than they were during the proposed regulations period. Agribusinesses and Farmers should look to take advantage of the incredible tax benefits provided through the Opportunity Zone program.

Tyler Davis is a CPA who works for SVN Saunders Ralston Dantzler real estate as an asset manager and advisor. SVN Saunders Ralston Dantzler was founded by Dean Saunders in 1996 and is a leading agricultural land brokerage based in Lakeland, FL. Tyler also owns his own CPA Firm, Tyler Davis CPA where he provides tax preparation, consulting, and research services. Tyler can be contacted at tyler.davis@svn.com.

On December 19, 2019, Treasury released the final regulations for the much-discussed Opportunity Zone program. Overall, these final regulations did a great job of answering most of the open farming & agribusiness questions proposed by tax practitioners....

The Tax Consequences of Farm Property Destruction, Vandalism, or Theft

A common issue among landowners, both large and small, is vandalism occurring on...

Is Your Farm a Hobby or a Business for IRS Tax Purposes?

Many taxpayers are surprised to find out that the IRS taxes hobby income. We all...