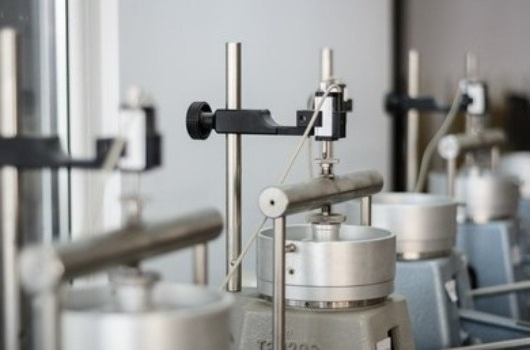 Soil testing has become a must-check item for environmental testing. In recent years, countries around the world have attached great importance to soil testing, which has led to great progress in soil testing technology.

At the same time, countries around the world have increased their investment in soil metal testing, using advanced technologies such as spectroscopic analysis technology, electrochemical detection technology and biological analysis and the latest research results to study soil heavy metal pollution in order to seek a detection method. It can quickly, easily and accurately detect soil metals.

Listed below are 10 methods of soil metal testing methods:

In the 1980s, imaging spectroscopy technology began to be used in soil monitoring. Through the continuous deepening and expansion of applications, the technology was quickly recognized and perfected and widely used. The hyperspectral data obtained by remote sensing (RS) technology can predict soil heavy metal content with its high spectral resolution and multiple and continuous spectral bands, and can achieve large-area, non-destructive and non-contact rapid sampling. Complex steps such as sampling and pre-digestion processing are avoided.

Atomic absorption spectrometry, also known as atomic absorption spectrophotometry, is an analytical method based on the quantitative analysis of the content of the measured elements based on the absorption intensity of the corresponding atomic resonance radiation in the UV light and visible range by the electron in the outer layer of the ground state atom in the gaseous state. It is a method to measure the absorption of the light radiation by specific gaseous atoms.

Laser-induced breakdown spectroscopy is a commonly used laser ablation spectroscopy analysis technique. The wavelength of atomic spectrum and ion spectrum is one-to-one with specific elements, and the spectral signal intensity has a certain quantitative relationship with the content of corresponding elements. Therefore, this technique can be used for real-time and rapid qualitative and quantitative analysis of chemical elements.

X-ray fluorescence spectroscopy is a method that uses the absorption of X-ray by the sample to change with the composition and how much it changes to qualitatively or quantitatively determine the composition in the sample. This method is a rapid and effective method for soil heavy metal detection and pollution evaluation. It can fully meet the requirements of rapid qualitative and quantitative investigation of toxic and harmful heavy metal elements in soil when the soil environment is polluted.

Heavy metal elements can inhibit cell activity, so active enzymes are used for soil detection and detection to determine whether the soil contains heavy metals by analyzing enzyme activity. This test method requires qualitative requirements to be used, and the inhibitory active enzymes used match the heavy metal content required for testing. At the same time, the requirements of this method for the test environment are relatively demanding, and the corresponding buffer must be selected to accurately analyze the heavy metal content in the soil.

Because biosensors can shorten the life span due to various external factors and affect the results of soil detection, this method has not been widely used in a large number of studies on biosensors at present. For example, the new glucose oxidase biosensor can effectively detect the mercury content in soil, and this sensor has renewable ability and can be recycled, which undoubtedly greatly saves the detection cost of biosensor.

Immunoassay detection technology has high sensitivity and special detection process, and is used to detect the content of heavy metals in soil by means of immunoassay. In the use of this detection method, people need to pay attention to: to ensure that the carrier protein can be connected with metal ion compounds and produce immunogenicity; to ensure the smooth progress of redox reaction, people should reserve a certain spatial structure for the detection complex. To ensure the accuracy of the detection process, staff should pay attention to the synthesis of specific antibodies and metallized ions.

Teosinte is a wild ancestor of maize, and its seed protein content is three time...

New Insight into the Importance of Key Photosynthesis Pathways in Plants

Photosynthesis is one of the most important chemical reactions, not only for pla...

Plants are constantly attacked by bacteria, viruses and other pathogens. When a ...

Lifeasible, an expert in the field of plant tissue culture that provides high-qu...