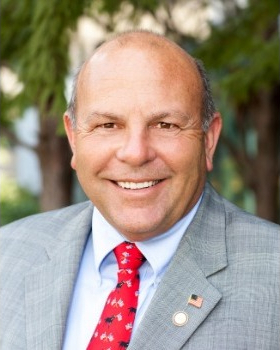 National Speakers to Present at the 2019 SC AgriBiz Expo 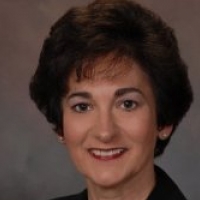 Two inspiring speakers will kick off the SC AgriBiz & Farm Expo this year. American Farm Bureau Federation President Zippy Duvall and award-winning author and speaker Michele Payn will both offer enlightening and inspiring presentations during the opening of the seventh annual expo. The SC AgriBiz & Farm Expo will be held on Jan. 23 and 24 at the Florence Center in Florence, S.C.

Starting at 8 a.m. on Wednesday, Duvall will present during the Farmer Appreciation Breakfast compliments of AgFirst Farm Credit Banks. He will discuss the Farm Bill and other agricultural issues.

A Farm Bureau member since 1977, Duvall has held numerous Farm Bureau leadership positions at the state and county levels. As AFBF President, he has worked to unify agriculture and grow Farm Bureau's influence in our nation's capital. He and Agriculture Secretary, Sonny Perdue are good friends and they work together to promote and strengthen agriculture. In 2017, President Donald Trump appointed Duvall to the White House Advisory Committee for Trade Policy and Negotiations. Also in 2017, he was honored by the National 4-H Council as a Founding Luminary.

Following Duvall’s presentation Michele Payn will present Celebrating Agriculture, a high-energy keynote focused on celebrating the people, promise, and passion in agriculture. She will discuss the importance of people working together in farming, knowing your own legacy to get you through tough times and speaking the same language through hot buttons (passion).

As principal of Cause Matters Corp., Payn connects the people and science of food and farming. She is known for being a community catalyst, a passionate advocate for global agriculture - and antagonizing people into action. She has worked with farmers in more than 25 countries, raised over $5 million in sponsorships for the National FFA Foundation and founded AgChat and FoodChat on Twitter. She is the author of two books, No More Food Fights! and Food Truths from Farm to Table, an IPPY bronze medal winner and Amazon #1 best seller.

Duvall and Payn’s national acclaim and expertise match the top quality of the presenters throughout the SC AgriBiz & Farm Expo. Established to serve as an umbrella event for all aspects of agriculture and agribusiness, the expo offers a robust schedule of training and networking opportunities.

With free admission and a diverse array of offerings there will be something for everyone, said Expo Executive Director Jody Martin.

“Education is a primary goal of the SC AgriBiz & Farm Expo. Programs are designed to give farmers the tools they need to grow better crops and make a profit,” Martin said.

The expo will offer two general sessions and four educational tracks. The tracks are: field crops, fruits and vegetables, livestock and women in agriculture. Topics include: growing industrial hemp in South Carolina, maximizing corn and soybean yields, trade, tariffs, the farm bill, and livestock and fruit and vegetable production.

New for 2019 are Lunch ‘n Learn sessions where brief and timely topics will be discussed during the luncheon period.

Along with the educational sessions, Martin said there are many other reasons to attend the expo. One highlight will once again by the Taste of SC, a ticketed event set for Wednesday evening Jan. 23. Also, there will be over 100 exhibitors of farm equipment, supplies and services.

“Whether you produce cotton, soybeans, cattle, corn, hemp, or grow peaches or vegetables, there will be something for you at the expo,” Martin said. “We hope farmers from South Carolina, North Carolina, Virginia, Georgia and other states will attend the expo in January. We designed a program that is on par with national conferences. All are welcome and urged to attend.”

More information on all educational sessions, speaker biographies and other expo details are available at https://www.scagribizexpo.com/

National Speakers to Present at the 2019 SC AgriBiz Expo

It seems like every spring the same thing happens. Many people attempt to predic...

It's that time of year again where planting prep is on the brain. Soon, things w...

The team of SC AgriBiz & Farm Expo is excited to see you at the upcoming expo on...

Enjoy the FInest of SC Grown – The Taste of SC

Florence, SC - After a day of learning and networking at the SC AgriBiz & Farm E...