Profit. It is what all good farmers are after. Unfortunately, it is something the majority don’t achieve. There are a number of ways to look at profit and a number of factors to consider when choosing among competing options. We are going to take a look at a few different ways we approach the profit question on our farm, along with how scale of enterprise and other factors can impact the profitability of different crops, in both good and bad ways.

The first question about profit. How do you measure it (we will talk another time about how can you increase it!)

One metric of profit is per square foot. Especially in high value spaces, such as a high tunnel, this metric makes a great deal of sense. Such spaces are costly to create and maintain, but also are far more productive than field space if managed well. Thus, a grower should put great care into maximizing the profits such spaces create. 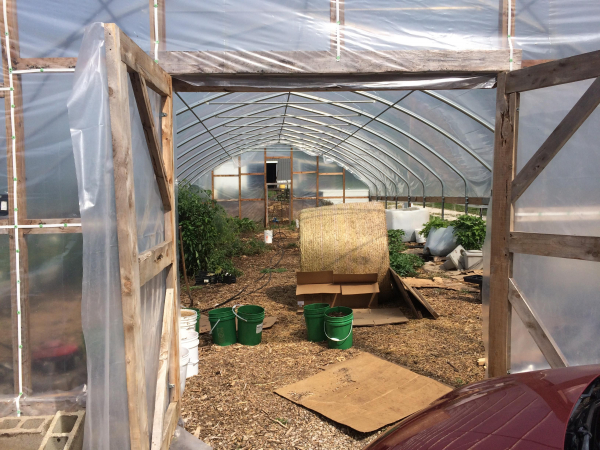 But per square foot profits can also be misleading. What if a particular crop produces $4.00 per square foot, but requires three times more labor, along with expensive storage and infrastructure to get to market? Is this crop truly more “profitable,” especially when one of the most limited resources on a farm is time? Profit per square foot only works as a reliable metric if you are factoring in all your costs, and if you can move all the product at the projected price. Sometimes, this isn’t the case.

Another consideration with profit is scale and ability to stagger harvest. Ginger and turmeric in my area can fetch a nice price direct to consumer, averaging around nine to eleven dollars per pound or more. While that price is fairly certain, the volume that we can sell at that price is somewhat limited. Let’s say that we can move two hundred pounds per year at that price of each crop. Anything we grow beyond that will end up as “loss.” Now, we won’t waste it - we will use it for ourselves, or try to value add it into our elderberry syrup But those are big ifs, and at some point, we could source such inputs at a far lower cost than what we have in producing these things ourselves.So, even if we can avert a total loss, such measures may result in a net total profit loss.

We could also look at wholesaling it, but there, we would take a big hit, probably 50% off what we receive direct to consumer. Do you see where this goes? Our profit per square foot is very stable for the first 200lbs of product, but after that, it drops precipitously, or even becomes negative! Scale and marketability matters, especially if the cost of production at larger scales doesn’t significantly decrease or if the crop has a high base cost to begin with.

Next, the speed of crop turnover impacts not just profit per square foot but total profit. While ginger has a nice profit margin and a nice price point, it is slow growing, taking up high tunnel space for about five or more months. If you can turn over three to six other, fast growing crops in the same space during those five months, while their prices all may be lower, your total profit may end up being much higher than with ginger. But what if ginger is a big draw to your customer base, either at a market, farm store or stand? Just another part of the equation you need to consider.

For us, we devout just enough space to ginger to take advantage of profits we are pretty sure it can secure each season at a particular scale. Other spaces are dedicated to faster turnover crops at scales we can move with little infrastructure or storage expense. The two crops work together, since if we planted too much more of the fast growing stuff, we would need to scale up to a walkin or other refrigeration, lowering our profits and forcing us to increase our scale to make full use of such infrastructure and improvements. If we did too much ginger, it would lower our overall profits as well.

Diversity May Be Key

Further, the ability to stagger harvests can impact profitability. An apple orchard we work with has over the years gone to great lengths to diversity their orchard into over two dozen varieties of apple trees. They have also started adding pear and possibly other fruits as well. Why? Both from year to year and during each apple season, this produces a far more manageable and consistent amount of harvest from month to month. In some years, some varieties produce bumper crops, while others will do so the next year. Some varieties begin to produce harvestable apples as early as August, with others coming and going all apple season long into mid to late fall depending on weather. The overall diversity helps bring a measure of predictable uniformity to their operation. 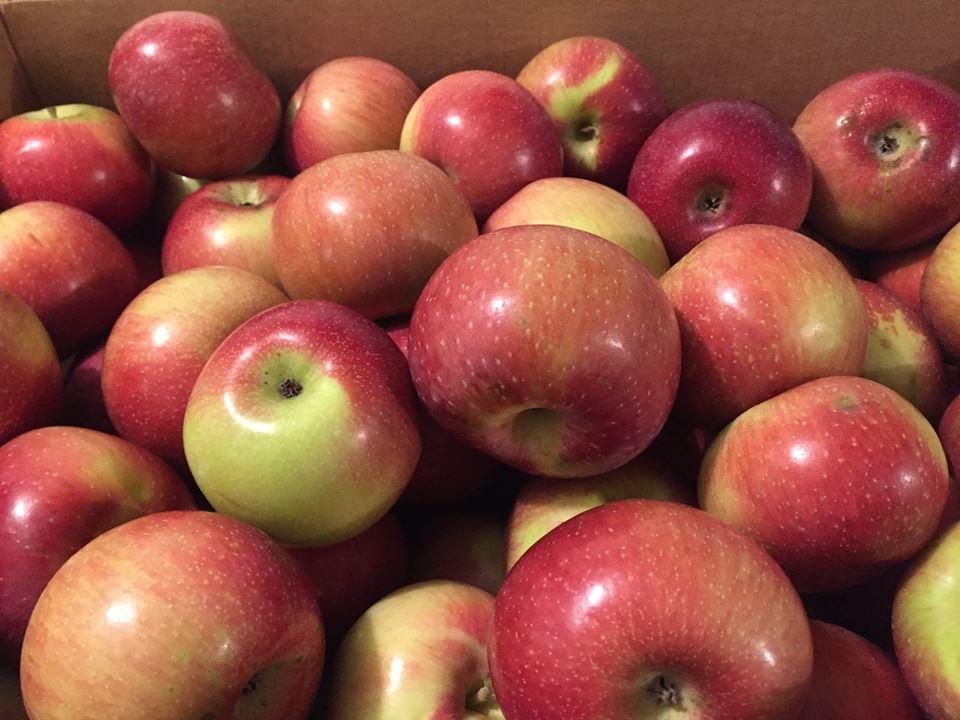 The ability to stagger their harvest reduces their infrastructure and labor burdens substantially. Instead of needing a large amount of help for just a few weeks, they try to find a few, good workers to employ for a number of months. The more even supply of apples allows them to maintain a consistent price (both retail and wholesale) and have to clearance far less apples at breakeven or loss than otherwise. It also keeps their farm store inventory more diverse and well stocked, helping traffic and protecting that side of their business as well.

It is no secret that tomatoes, summer squashes, and a number of other crops often bottom out in price in many areas during late Summer - the sheer amount at market means prices wholesale and retail put tremendous pressure on possible profits. It is also a crop that doesn’t allow a farmer to delay harvest. When the tomatoes and squashes are ready, they are ready. Thus, a high value crop can quickly turn into a low or no value crop depending on your ability to forecast how much to plant, if you can harvest across a greater window of time, and if you face limited competition that may force you to lower prices.

Numerous other factors also impact how much profit you can fetch from a particular crop. For instance, let’s compare potatoes and sweet potatoes. Retail and wholesale, both often fetch similar price ranges per pound, at least in our area. But sweet potatoes require post harvest curing, a process that requires a specialized space or facility. This task creates added labor and other expenses that standard potatoes don’t. If your sweet potatoes only command a small premium over potatoes, they may end up being less profitable because of the added labor and other expenses involved with getting them to market. 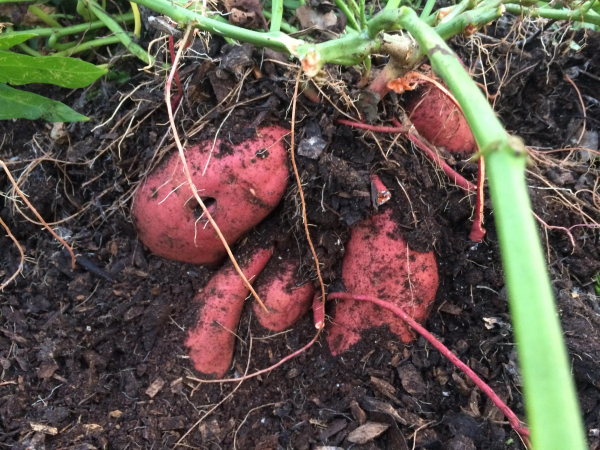 Or take leafy greens. During cool weather, a farm selling a moderate amount may be able to harvest and sell everything with little to no need for refrigeration. But as the temperatures or the size of the operation increases, things become more complicated and costly. A farm that used to get by with maybe some coolers and ice now needs refrigerated storage space and even possibly a refrigerated truck to move product to market. To offset those additional expenses, the farm has to take a large step up in scale and volume. If that step up requires them to lower their prices, a difficult cycle has begun. The “I need more sales to cover the cost of this additional infrastructure which results in a lower profit margin which means I need more sales…” cycle.

In our area, a cooperative set of farmers has been trying for years to deliver local produce without a refrigerated truck. The end result? Each year they have large losses due to stress and quality reduction in transit. It is not uncommon for some buyers to report requesting refunds for as much as a thousand dollars in goods. Across six to ten accounts, this is a substantial annual loss all because of lack of proper refrigeration in transit. Also, the loss is greater than this grower realizes. Many vendors also have reduced their reliance on these farmers, even subbing into more expensive options, especially during late June through August, to avoid this issue. As another note, since the stuff is “known” to have storage issues, the farm has no way to ever say no to a refund request. It may have been a mess up by the restaurant, store, or some other party, but, there is no way to know, since the farmers can’t guarantee good handling in transit. So their true loss is far, far larger than they just the returns and refunds.

How are you deciding what to plant and how much this coming growing season? What have you learned about the above factors (and any others) and how they impact your profitability? OR are you having trouble tracking all the factors that let you determine just how profitable (or not profitable) particular crops are?

Profit. It is what all good farmers are after. Unfortunately, it is something the majority don’t achieve. There are a number of ways to look at profit and a number of factors to consider when choosing among competing options. We are going to take a look...