Reasons to Invest in Farm Lots 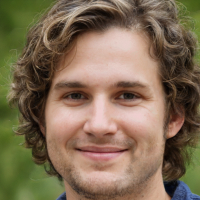 “Agriculture is our wisest pursuit, because it will in the end contribute most to real wealth, good morals and happiness,” said Thomas Jefferson. Even if you’re someone that’s spent their entire lives in the city, you may want to consider buying farm lots when they become available. Whether you want to diversify your portfolio with a safe long term investment or start a family of farmers that will go on for generations, farmland is a great opportunity for you. There are countless reasons as to why you should invest in farm lots, and here we have a few to consider that may convince you to pull the trigger on investing.

These days, we’re seeing a lot of farmland being bought up by large corporations, which may or may not help the local economy. When you as a person purchase the land, though, you’re helping out your community in a lot of different ways. Some of the crops that are grown on your farm lot can be sold in local farmers markets, and you can even rent out the property to local farmers to help supplement your income as well as affect local grocery prices. To get the most from your farm lot, consider checking out the establishments near the land you want to purchase with Area Guides.

In this time of uncertainty, we’re facing inflation affecting the economy at an alarming rate. That’s one reason why so many people are flocking to purchasing farm lots, as they are an investment that will never depreciate in value. Farmland has proven to be a commodity that can withstand any market, and their only opponent is really the climate. Value on farm lots has nearly doubled in the time where inflation has held at 15 percent, showing that farmland is both recession proof and a wise long term investment. In fact, farm lots have increased in value each year since the late 1980s except for a brief period in the mid 2010s where value remained stagnant.

Perhaps you’re not looking to actually make a lot of money on a farm lot, but rather want to use it for crops that you use and/or sell. If that’s the case, then buying a farm lot now instead of later is a wise choice. Not only will you be able to enjoy the lot for the rest of your life, but it can be passed on from generation to generation. Most farmers that you’ll meet these days are living in the same homes that their great grandparents built. People who are focused on their family’s long term success and want to set up future generations for prosperity should really consider investing in farm lots.

Property taxes seem to be going through the roof in a lot of places around the country, but farmers are seeing big tax breaks that are allowing their property to actually make them money each year. Farm lots are exempt from thousands of dollars in taxes each per year, with some even getting breaks beyond the $10,000 mark. To get the most out of your tax breaks, you’ll have to use the lot to sell crops and have a minimum amount of acreage. For example, in Ohio you must have at least $2,500 in sales and at least 10 acres of farmland, while Californians need at least 100 acres and a signed agreement to not sell the land for developmental purposes to get big tax breaks.

What’s the one thing that people are always going to need? Food. As the population grows (albeit slightly slower than in years past), the demand for food will increase every year with more mouths to feed, which means more opportunities for farmers. No matter what type of crop you plan on growing on your farm lot, there’s going to be a market. That’s one of the many reasons why farms don’t depreciate in value. When you combine that with the fact that land is becoming more scarce, farms are terrific investments for moneymakers.

It isn’t just the crops themselves or even the land appreciating in value that can earn you money from your farm. Renting out part of the property for growth is one way of opening up additional revenue streams, while you can also rent billboard space as almost all rural billboards are set up at the edge of farmland. Other sources of income from farm lots include leasing for gas and oil, selling timber and even setting up windmills to generate electricity, which is becoming more and more common.

Reasons to Invest in Farm Lots

“Agriculture is our wisest pursuit, because it will in the end contribute most to real wealth, good morals and happiness,” said Thomas Jefferson. Even if you’re someone that’s spent their entire lives in the city, you may want to consider buying...

Farmers and Mesothelioma: Exposure to Asbestos in Agriculture

How does Phytonutrients lower cancer risks?

Cancer is a debilitating disease that takes millions of lives every year. In fac...

Tax Considerations When Buying or Selling a Agricultural Land

Buying and selling agricultural land isn't as easy as it may seem. There are num...

From Farm to Table: Ways to Cook Your Fresh Sweet Corn

Corn is delicious and versatile food. Whether you prefer corn dishes to be sweet...

Plant Fats vs. Animal Fats: Which Is Healthier?

Aging results in your metabolism getting slower. For this reason, you need to ea...