Recent College Grad? Why Now Is The Perfect Time To Pursue A Career In Farming 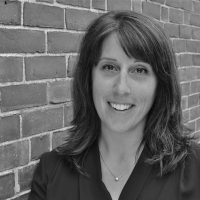 The U.S. agricultural industry finds itself at a precarious professional crossroads. Recent decades have resulted in a steady and significant decline in the number of working farmers in our country, for a variety of reasons. Fickle consumers, climate changes, growing conditions, and a slew of other factors beyond our control can prompt the closure of existing farms as well as deter would-be growers from launching a farming career.

The changing educational landscape in America has also contributed to the dwindling numbers of farmers found here. Previous generations of high school graduates focused primarily on mastering skilled trades; however, today's students often make obtaining a college degree their top professional priority. The upswing in white-collar careers has made an impact in several trade-centric industries, including agronomy, where the average age of farmers is currently 58 years old and rising. Recent USDA reports reveal several critical factors about the "aging out" of agriculturists, including that, among principal operators:

Start-up costs can also prevent new farmers from entering the industry. Agriculture tends to be a legacy profession, with one generation handing down to the next everything from fields and equipment to contracts and proprietary data. In fact, 97% of the United States' 2.1 million farms are actually family-owned businesses. Without the promise of an inheritance, even the most motivated prospective farmers may be deterred by prohibitively high startup costs, effectively ending their dream of working the land for a living before it even begins.

Why Now Is The Right Time To Consider Farming

Despite the relatively low numbers of current young farmers in the U.S., there are several encouraging indicators that change is actually on our agronomic horizon, particularly within the recent college grad demographic. Many universities have noted a rising student demand for agricultural courses within their curriculum. Additionally, new reports indicate a steady increase in need for skilled agriculturalists. According to 2015 data released from the U.S. Department of Agriculture and Purdue University, an average of nearly 60,000 high-skilled ag and ag-related job opportunities are projected in the U.S. over the next five years, with only approximately 35,000 qualified new grads to fill them.

Beyond the significant gap between current open agricultural jobs and available candidates, there are several other compelling reasons why many young professionals are beginning to view farming as their post-college career of choice:

Agriculture isn't just a multi-billion dollar industry (although that's important too); it's also a field that literally impacts every single person on the planet. Everyone needs to eat – and the number of global mouths to feed is undeniably on the rise. Advances in technology and medicine mean safer births and longer lifespans worldwide. According to the United Nations, the world's current population of 7.3 billion is projected to reach 8.5 billion people by 2030. As the population continues to grow, we'll continue to rely heavily on new agricultural innovations and alternatives, as well as the farmers themselves, to sustain our universal communities.

Our current penchant for creative desk jobs can have a significant adverse impact on our holistic health, with many medical experts dubbing sitting as "the new smoking." A recent study published in Annals of Internal Medicine showed a direct correlation between total time sitting and the threat of an early death. The good news? The same study of 8,000 adults showed that those who sat for less than 30 minutes at a time demonstrated a reduced risk of early death. For young, healthy college graduates searching for a non-sedentary, highly active profession (and lifestyle), farming proves an ideal solution. 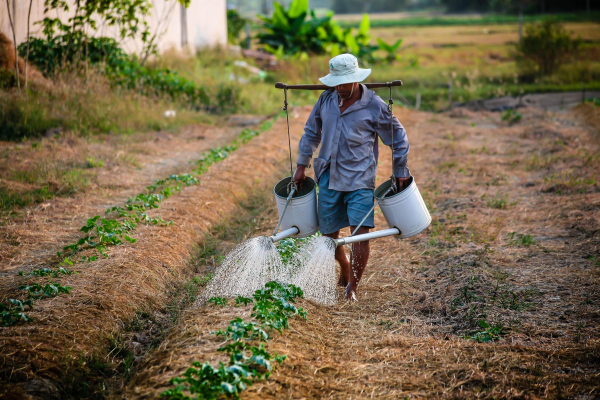 Do you love the idea of farming, but worried you won't love a full-time rural existence? Fortunately, you don't have to. Previous generations of farmers often had to forego city life to pursue their trade successfully. Not anymore. Urban and vertical farming tactics have completely redefined what "a day at the office" looks like for agriculturalists. As long as bio-engineers and growers can use skyscrapers and other city features to cultivate plants and animal life, modern-day farmers can opt to perfect their professional trade in regions that best suit their personal preferences and tastes. 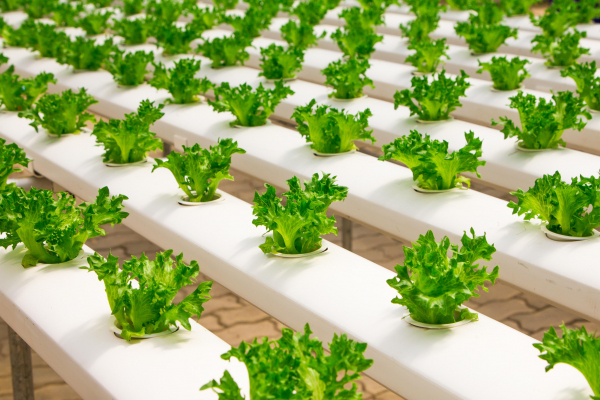 The past two decades have seen extensive expansion within agriculture, offering recent grads a host of new farming opportunities beyond traditional crop and animal products. Today's farms are often run like an individual corporation with multiple internal departments as well as outside supply chain contributors. Technology, production, sales, communication, and finance are just some of the many requirements needed for a robust, thriving farm. Young candidates can pursue several roles and responsibilities in a multitude of verticals to utilize their skills, academic training, and talents. 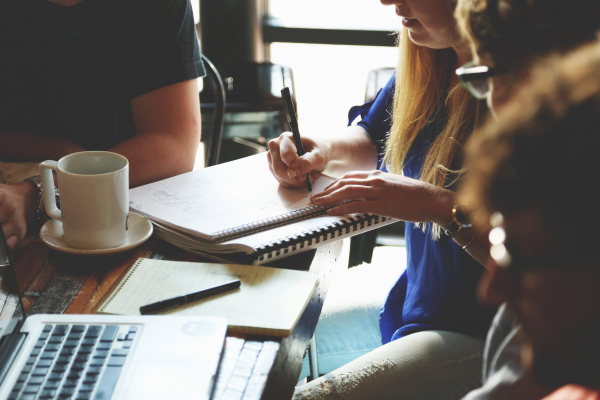 Beyond a versatile business model, the agricultural industry's rapid pace continuously gives rise to new roles and responsibilities – a trend that is predicted to continue for at least the near future. The U.S. Department of Labor anticipates an increase in various "green jobs" such as food, environmental, and renewable energy careers throughout 2018, resulting in a concentrated effort in college recruiting over the next several years. 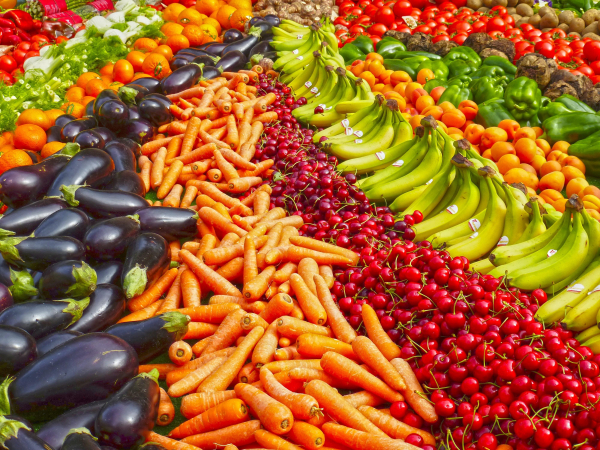 Gone forever are the days when farming relied on simple machinery, intuition, and a whole lot of luck for success. Agribusinesses in every vertical now tap into the power of technology to keep their operations running at maximum capacity. Even job seekers that never set foot in a field can develop cutting-edge innovations that transform essential functions, launch productivity, and optimize overall efficiencies within the industry. 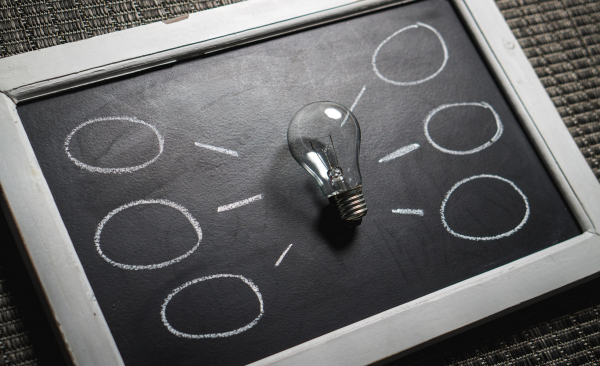 As the need for qualified professional farmers continues to grow, the salary expectations for candidates entering the field grows right along with it. To source, attract, and retain industry-leading talent (as well as keep them from going to the competition), many agricultural employers have increased employee salaries. Beyond bigger paychecks, farms are also offering recent hires comprehensive benefits packages as well to establish loyalty and longevity within their workforce. 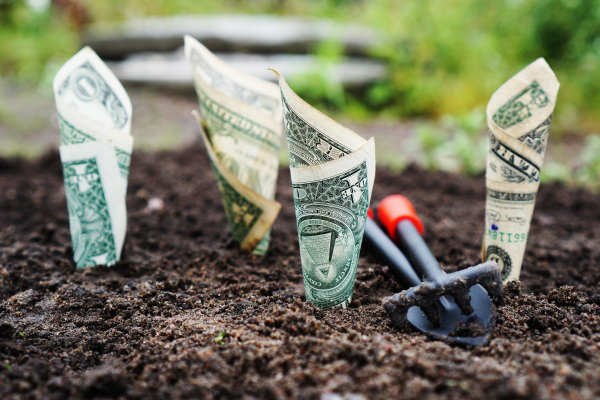 Make no mistake; even under the very best conditions and circumstances, farming is hard. It's a profession wrought with unforeseen twists and turns (not to mention extremely reliant on the unpredictable whims of Mother Nature). Yes, the potential risks are high, but so is the potential reward. Agronomy delivers an exceptionally fulfilling and gratifying way of life that appeals to young people who want to work outdoors and make a tangible difference in the world around them.

What drove your decision to farm? Was it your family legacy, or did something else prompt your career choice? Drop us a note in the comments below to share why you pursued a career in agriculture.

Recent College Grad? Why Now Is The Perfect Time To Pursue A Career In Farming

The U.S. agricultural industry finds itself at a precarious professional crossroads. Recent decades have resulted in a steady and significant decline in the number of working farmers in our country, for a variety of reasons. Fickle consumers, climate changes,...

“We don’t have it all figured out just yet,” Monte Bottens, founder of Ag ...