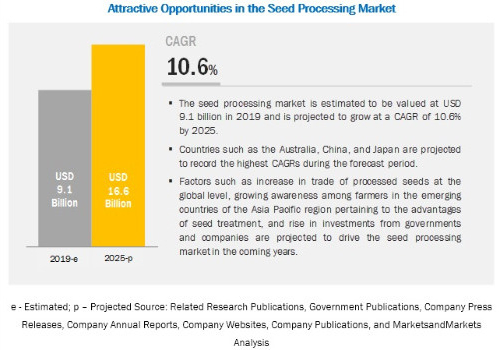 The Asia Pacific seed processing market is projected to be the fastest-growing during the forecast period. Countries such as China and Australia constituted the largest markets in the Asia Pacific region. China is projected to create lucrative opportunities for seed processing companies. The country is the second-largest market for planting seeds, after the US, as per the USDA. It is among the largest producers of crops, such as soybean and wheat. Australia is backed by the leading seed treatment company, Nufarm. Furthermore, India is projected to be another key revenue generator due to the rise in awareness among farmers about seed treatment products. Thus, Asia Pacific stands as a high growth market for the seed processing market.

Based on product types, the plant-based leather market is segmented into pineapp...

The fruit & vegetable ingredients market is estimated to be valued at USD 207.8 ...