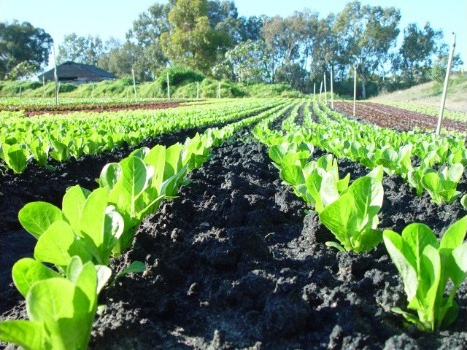 Despite the fact that there is near-guaranteed job security, thanks to booming population growth, many beginning farmers face seemingly insurmountable obstacles to bringing a product to market. In this article, we’re going to cover how young farmers can start from the ground up, even if they don’t come from a family of farmers.

Informing this subject is Jason Silverman, the Massachusetts Field Agent of Land For Good, and Joel Salatin, co-owner of Polyface Farm. Jason’s experience as a first generation farmer, and as an agent connecting farmers with resources, balances well with Joel’s, who took over the family farm, and has since mentored scores of intern cohorts.

Starting Out with No Agricultural Background

One of the dangers of starting out without either extensive experience or a strong support network is the potential for failure. Jason highlighted a telling set of data points from the national census, that the number of beginning farmers - defined as those with less than ten years of experience farming for themselves - is on the rise. However, the number of farmers with more than ten years of experience is on the decline. As Jason pointed out, “This is telling us, in a broad sense, that many folks are starting new farms, but not enough of them are making it past the ten year mark.” 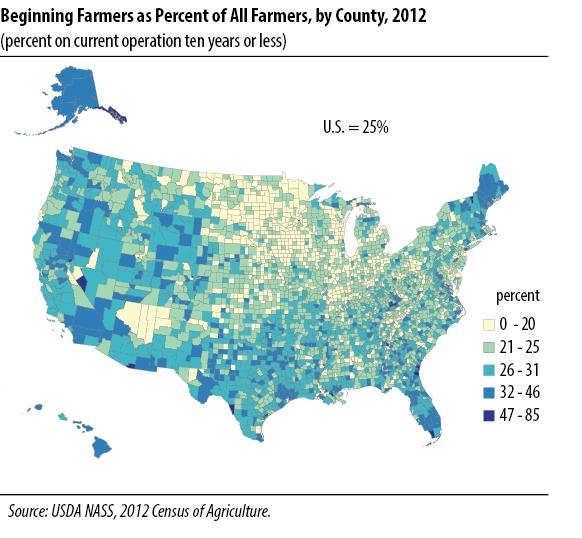 Still, a broad range of experience is possible among first generation farmers - not everyone needs to have grown up milking cows or hoeing corn. Neither of Jason’s parents were farmers, but he was “ag-obsessed since the age of two, and worked on farms since the age of 11.” Jason continued, “Many first generation farmers that I know have similar stories, or at least have acquired a wealth of knowledge working for others before starting their own enterprise.”

One of the biggest hurdles for first generation farmers is access to land, and finances in general. As Jason pointed out, that can be compounded by many coming from academia, as financial woes “often include student loan debt.”

In addition, Jason recommended “farm business planning courses offered through state extension services, local organizations, or state departments of agriculture. They are quite important to beginning farmers, both to solidify their own business goals, but also as one of the best tools to acquire financing.”

Better yet, there are other land tenure options. Land For Good’s work includes helping beginning farmers in New England “think through these options, such as rental agreements, to better allow them to start a farm on a financial scale they feel comfortable with.”

The Benefits of Renting

One bit of financial advice Jason offered that many might think is contrary to sound financial practices is to focus on renting. Jason made sure to offer the following caveat: “This advice certainly depends on what kind of operation, what scale, and perhaps what region of the country a beginning farmer might find themselves in.”

Jason’s biggest advice: “Many beginning farmers have it in their heads that their only long term path is to purchase a farm. For many first generation farmers, the numbers actually can work out much better if they at least start out renting acreage, and perhaps continue to farm on leased acreage (at least partially) in the future.” As Jason pointed out, “Many folks talk about ‘money thrown away on rent’ when seeking reasons to purchase, but not many talk about

Of course, farmers need to make sure they only sign “intelligent, well-crafted lease agreements that allow the farmer to feel secure on their land.” Still, for cash-flow reasons, “Starting your business on securely rented land allows beginning farmers to put more capital into equipment and infrastructure, and may allow them to realize earnings from their farm much sooner.” In addition, renting allows “flexibility in an operation, to either expand, consolidate, or even relocate” in response to situations out of their control, such as changing market conditions. 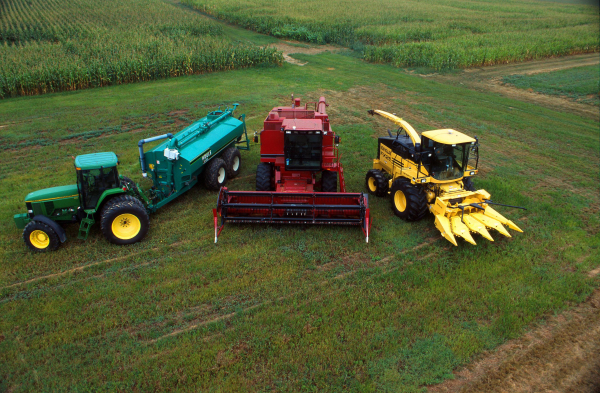 Renting frees up capital for investment into equipment

Earn What You’re Worth, Pay with Sweat Equity

Here we arrive at the point where Jason and Joel’s advice diverges.

For Jason, the many opportunities to acquire skills which “don’t simultaneously allow for aspiring farmers to save much money for starting their own farm” are less than optimal. His advice: “Get as much experience as you can in farm work and management, but don’t shortchange yourself in terms of what sort of income you need - both to live and to save for your future farm.”

Joel encourages young farmers to serve a mentor. He stated that, “The hardest thing is being patient - you have to learn business skills (gross margins, decision-making).”

Joel has mentored scores of interns at Polyface Farms, and has found that “young people want what their mentor or other masters have acquired over a lifetime. If it doesn’t come quickly, they get discouraged, frustrated, and resentful.”

Joel’s advice: “You have to put in your time and persevere. The opposite of success is not failure; it’s quitting. All successful people had as many failures as those who fail... except the last time.”

Jason agreed with Joel up to a point. He strongly urged looking into mentorship arrangements that could involve “taking over an existing farm from a retiring farmer. Exiting farmers have a wealth of information and knowledge to pass on, and many are looking for just the right motivated young farmer to come farm beside them for a while, with the eventual goal being to pass on management and potentially ownership of the operation.”

Whether beginning farmers plan to rent or buy, intensively grow or manage thousands of acres, Jason’s advice is to “start at a scale (both in terms of time commitment and finances)” that allows for learning and preserves the ability to adapt. By not “getting in over their heads at first, even if it means a backyard garden and a flock of chickens,” beginning farmers can continue to grow their skills and work towards a future of farming.

Jason felt “the worst thing someone can do is to wait for ‘the right moment’ before they do anything.” Speaking with personal experience, Joel acknowledged that, “It's an easy can to kick down the road, even with best intentions.”

New farmers do have quite a few challenges ahead. Still, both Jason and Joel saw numerous opportunities to break ground, and begin cultivating skills and building resources.

Despite the fact that there is near-guaranteed job security, thanks to booming population growth, many beginning farmers face seemingly insurmountable obstacles to bringing a product to market. In this article, we’re going to cover how young farmers...

In this week's North American Ag Spotlight Chrissy Wozniak hands the reins over ...