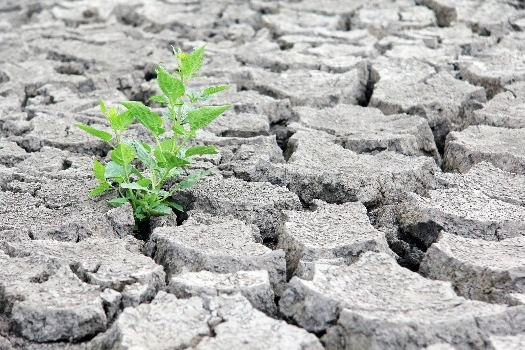 The Critical State of Agriculture

Farming is nothing if not but a series of decisions to be made, day after day, year after year. One thing that the best decision makers (across a wide variety of businesses and interests) tend to do is base their decisions on principles that stand the test of time and are true across a multitude of disciplines. These principles are called mental models. As a person accumulates them through years of learning and experience, they form a mental toolbox that the individual can access again and again when needing to make tough decisions.

A key mental model that originated in the field of physics is that of the Critical State. One of the best ways I've seen the Critical State described is in Mark Buchanan's book "Ubiquity: Why Catastrophes Happen".

The key idea is the notion of the critical state, a special kind of organization characterized by a tendency toward sudden and tumultuous changes, an organization that seems to arise naturally under diverse conditions when a system gets pushed away from equilibrium.

Basic understanding of the critical state phenomena is important because it alerts us to the fact that while great, volatile events often seemingly come out of nowhere, the truth is that usually there has been a storm brewing right in front of our eyes. And when factors that naturally self-organize towards this critical state finally come together, the tiniest event can cause a chain reaction that has reverberations across the entire world.

In my opinion, there are three main issues confronting agriculture that are quietly moving into a critical state.

Since 2010, something has been occurring in rural America that has never happened before...the rural population is actually declining.

At first I was surprised by this statement when I read this article detailing the change because anecdotally it seems that far more people tend to move away from rural areas than move into rural areas. I would have thought that a declining rural population would have been the case since the industrial revolution. However, it seems that at least up until 2010, the birth rates of rural areas kept the population growth in the black.

So what kind of impact could this have on agriculture, which is predominantly located in rural America? There are two major ramifications that I see from this mass exodus: The farm labor pool becomes increasingly smaller and the land-owning families become increasingly absentee.

2) Real Estate Exchange: In addition to there being more and more absentee landowners who have never seen their family's farm land, according to the US Census of Ag the average age of the American farmer is 58. Thirty years ago, that average age was 50.

This means that it is likely that in the very near future, we are going to see farmland real estate exchange hands at a velocity that is unparalleled in the history of the United States.

This will occur either through retirees opening up new land for others to rent or through families who no longer are involved in farming to want to cash out on their land.

3) Access to Capital/Interest Rates: The final area of criticality to focus on is that of access to capital and relatedly, interest rates.

When you combine the first two issues mentioned in this article with even a modest increase in interest rates, you have essentially just thrown gasoline on a wildfire.

If you were to boil this down to an equation, it would basically be:

In short, this means that there is going to be a ton of opportunity for someone out there...if they're well capitalized. If they're not, they are going to have to make some tough choices. This form of opportunity cost is painful but it needs to be confronted. Chances are, if you're a young farmer right now, unless you have inherited a ton of money then at some point in the near future you are going to have to choose whether or not you want to take on debt for the sake of growth. The greater the opportunity the greater the risk if you're under-capitalized.

Where it gets really tricky is if you do have access to working capital to make these "*once in a lifetime" opportunities become a reality. (*Once in a lifetime opportunities are kind of like 1000 year floods in that they occur a lot more often than their names would suggest.) Working capital in the form of cash has an opportunity cost because it can be allocated across a wide range of investments. Will your investment in growing your farm outperform the stock market over the next ten years? What about if you had used that cash to buy real estate or timber? Just because there's an opportunity in an industry that you're familiar with doesn't mean it's the best opportunity.

Working capital in the form of a line of credit is where things get a little hairy. Farming is a capital intensive business. When all of this new opportunity comes knocking do you take it? Everyone's risk profile is a little different and we'll explore asymmetrical risk in a future post. However, the following scenario is where I see the critical state transitioning to full scale meltdown if young farmers aren't careful. There will be a time when what's considered a normal farm size goes from 2,000 to 10,000 acres...and it's going to happen quickly. The amount of capital needed to farm on that scale is massive. If interest rates increase by 2%, that's going to hurt. What if they increase by 5%? It's not unheard of. I'm not going to tell you that we'll see a repeat of the 1980s. But I would sure prepare my business to be viable if that were ever the case again. The worst case scenario is that you get caught up seizing every opportunity only to have interest rates cripple your ability to run a profitable operation at a scale much larger than where you were a few years earlier. Notice the historic volatility of prime interest rates and pay close attention to where we currently fall on the spectrum. If one believes in reversion to the mean, then it's clear that interest rates are bound to rise again in the future. 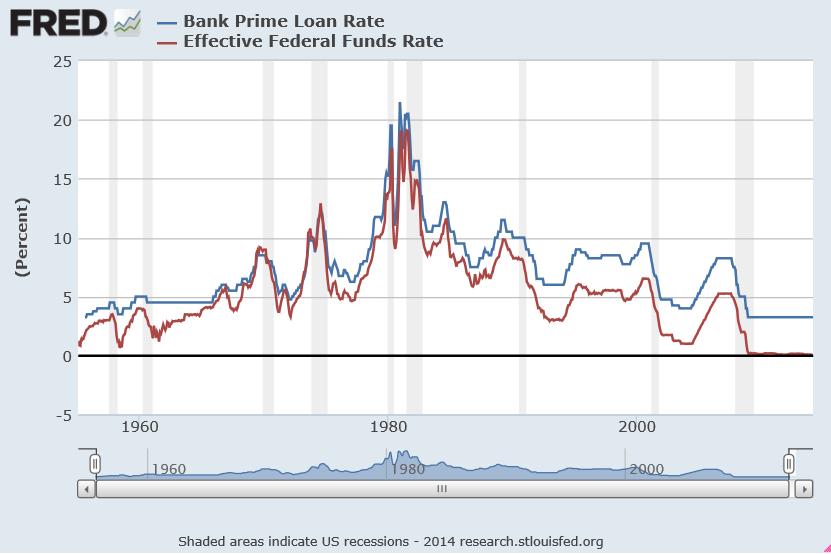 Conclusion: I think these three areas are on a collision course and there is going to be a large shakedown in the agriculture industry. It may not happen next year or five years from now, but it does seem inevitable at some point. However, there is good news. You can begin taking steps to bulletproof your farm business from the potential destruction of a catastrophic event. If that's done correctly, you will see even better opportunities for your farm with more resources to go after them when there is a shakedown. More on this in a future blog post.

These are only three areas of concern regarding agriculture entering a critical state. We'd love to hear from our readers. What areas do you consider as critical to the state of agriculture today?

The Critical State of Agriculture

Farming is nothing if not but a series of decisions to be made, day after day, year after year. One thing that the best decision makers (across a wide variety of businesses and interests) tend to do is base their decisions on principles that stand the...

More Articles from The Crossover

What to look for when hiring farm employees

With the increasing use of precision ag tools and increased machinery efficienci...

The Simple Business Lesson that Farmland Partners Can Teach Us

There’s a simple lesson to be learned from the recent Farmland Partner’s acc...

What The Intelligent Investor Can Teach Us About Farming

The Intelligent Investor, a book by Benjamin Graham, is widely considered to be ...