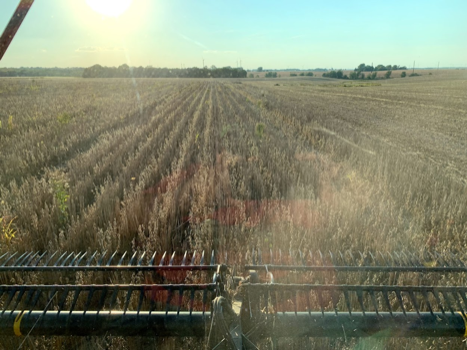 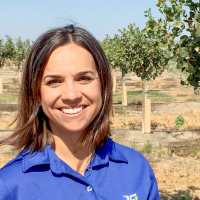 “We don’t have it all figured out just yet,” Monte Bottens, founder of Ag Solutions Network admits, referencing a weedy field of soybeans at harvest this fall. Bottens Family Farm, in the heart of Illinois farm country, made a commitment to remove glyphosate from their operation two years ago.

A couple of specific cover crop burndown needs on a select number of acres required them to use a small amount this last season but, “other than that, we have stopped using glyphosate,” Monte said. “I think farmers across the country are all passionate about farming and trying to do the right thing. But when it came down to it, we just knew we needed to do better and this was the next thing we wanted to tackle in furthering our commitment to improving soil and human health.”

Bottens Family Farm is not new to the soil health game. They converted to no-till 25 years ago, and more recently, have been making changes to their operation each and every year to further themselves down the path of regenerative farming. Monte is quick to point out though, that the consequence of making a positive change usually means gaining the opportunity to solve a new challenge.

“It’s the challenges and train wrecks that need to be talked about the most,” he said. “It’s easy to get frustrated and want to throw in the towel when trying something new doesn’t work out. But if your focus isn’t always to try and leave the land better than you found it, then you’re still at a loss. So take the risk, make a big change, and learn from the results whether they’re positive or negative.”

The new issues Monte’s seeing as a result of removing glyphosate from the toolbox, are symptoms of other soil and plant health challenges. Digging in and finding a way to solve them means thinking outside the typical farming paradigm.

“Eliminating variables is the easy road,” Monte said, “but there’s no reward for easy, so I encourage farmers who are taking risks for the benefit of soil health, to stick to your guns because it's easy to fall back on what you've done forever, and it's comfortable because everybody else is doing it, but that doesn’t always mean it’s right.”

Another one of the changes Monte has really pushed for on their farm is getting non-GMO soybeans into the system. They grew some food grade non-GMO beans this year, and refrained from glyphosate use for the second year. They made some changes to the cover crop termination: dialed back the Gramoxone use, kept the non-ionic surfactant out, plus the plant stage was younger at termination time than last year. But last year’s success, followed by this year’s adjustments, didn’t work out as planned. “We discovered we didn't have the correct spray tips on for spraying Cobra, so we weren't getting the right pattern or the right droplet size. And we also found we skipped the step with the fomesafen and didn't have that out there. And congratulations, we had the wildest mess you can possibly imagine.” 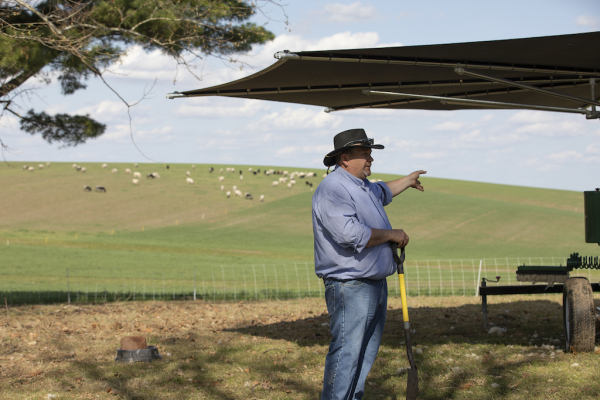 Monte said he started questioning himself, “Why am I doing this? It's slow harvesting. The yields are not as good. I started having those same doubts and feelings of wanting to give up that I’m always encouraging others not to do,” he said. So as Monte was grinding away through mare’s tail, giant ragweed, and lamb’s quarter at harvest, he had to remind himself the missteps are documented, solutions to the issues have been considered, and he was able to learn something new from all the mess and disappointment which helped shape the plans for next year.

As with anything else, Monte acknowledged it's easy to go back to what you know. “I think this time of year is a great time to reflect, to shift your thinking from, this isn't as good as it should be, to ask what went wrong. At harvest, you have to look back on what worked and what didn't with a holistic approach. Looking at the entire system instead of individual products, a specific hybrid, or a particular application.”

Monte added, “We need to compare changes within themselves and within context in order to make the best adjustments to move forward. Our goal is to always develop a plant and a soil system that is able to handle a multitude of stress factors and withstand Mother Nature’s curveballs.”

The ASN Power2Gro Crop Production System is fully implemented on Bottens Family Farm from products to practices. The farm team sees the benefits improve with each decision that puts soil health first. They’ve observed some amazing results and seen physical changes in the soil faster than they’d anticipated. What motivates them most is knowing what they do today is leaving their soil better prepared for the next season and many seasons to come.

Monte said as a growers’ soil health system improves, they also gain some flexibility. They aren't tied into a soil desperately needing nutrients - that soil is healthy and functioning and doing what it should be. “With a focus on soil health and using the POWER2GRO System, we're allowing the microbial community and nutrient cycling to work for us instead of trying to pound it into submission.” When considering the volatility in the fertilizer market right now, he commented,

“If these extreme price swings don't make you think differently, then I guess you must like writing checks. I mean, if there is ever a time to question what you're doing and to try something else...Wake up, folks. Now's the time.”

Monte says step one is recognizing the problems. “And next, don’t fear doing something different. Fear doing it the same. We can work on the results of anything you change. But you’ve got to take the leap and make something happen, differently. Farm better. That’s what our team at Ag Solutions Network is all about and we’ll gladly share where our changes have created new challenges. Together, we can solve those and the next ones, too.”

Think you can stop farming the same? Check out a bit more about the ASN Power2Gro Crop Production System at ASN.farm. Want to hear more about Monte’s mistakes and successes? Tune in to the AgEmerge podcast where he shares more examples from corn, planting peas and oats for livestock feed, the observations his dad pointed out after three years intercropping, grazing covers and so much more.

“We don’t have it all figured out just yet,” Monte Bottens, founder of Ag Solutions Network admits, referencing a weedy field of soybeans at harvest this fall. Bottens Family Farm, in the heart of Illinois farm country, made a commitment to remove...