By Fertility And Soils

You hear the same advice all around during times like this: “The farmers who will survive and thrive during tough times are low-cost producers.” For the most part, this is very good advice. Farmers are inundated with a number of questionable inputs and, during the toughest of times, it’s not hard to see areas where we can cut rates or cut out products completely. However, there’s one input that I would urge you to continue to use vigilantly. Don’t cut the rates and definitely don’t eliminate this. The input that I’m speaking of is the bedrock of all sound agronomy practices: lime.

First, why do some farmers tend to neglect liming? A theory I have is that, if you neglect liming, the resulting effect is delayed. It may not seem like you’ve hurt yourself in year one. And, the visual effect of ongoing neglect isn’t as drastic as say forgetting to put out nitrogen on a section of a field. The effect is more of a slight percentage decline in overall yield that isn’t evident unless you were to split test areas where you’ve maintained pH versus areas where you’ve let it drop.

Another reason that folks tend to neglect lime is that even when they do apply it, it can take years for the application to take full effect and raise pH to a more neutral level. So with this particular input, there is both a delayed-gratification effect and a delayed-destruction effect. It can years to fix a problem and problems often aren’t evident for years.

This is where the importance of soil testing comes into play. We soil test every year. Zone management soil testing and variable rate application is, in my opinion, the highest ROI activity on our farm. Why? Simply because each zone of a field has different production capacities and nutrient levels. By soil testing each and customizing the nutrients applied to each zone, we can both maximize yields and ensure that we don’t over apply nutrients, which saves us money and actually helps with plant health.

Lime is the input that our variable-rate program begins with. As long as you’re doing your annual soil tests, managing lime is easy. Creating your own sampling and fertility program is beyond the scope of this article, but once you have your soil tests results, you will have your fertilizer supplier, soil lab, or local extension run a calculator that produces the amount of lime needed to raise pH to your target level in each zone.

What’s a good target pH? We aim for 6.25. While it would appear that a completely neutral pH of 7 is optimal, you actually want to have your soil slightly acidic because it helps with most crops’ nutrient uptake abilities. Here’s a chart that shows soil nutrient availability by pH level. 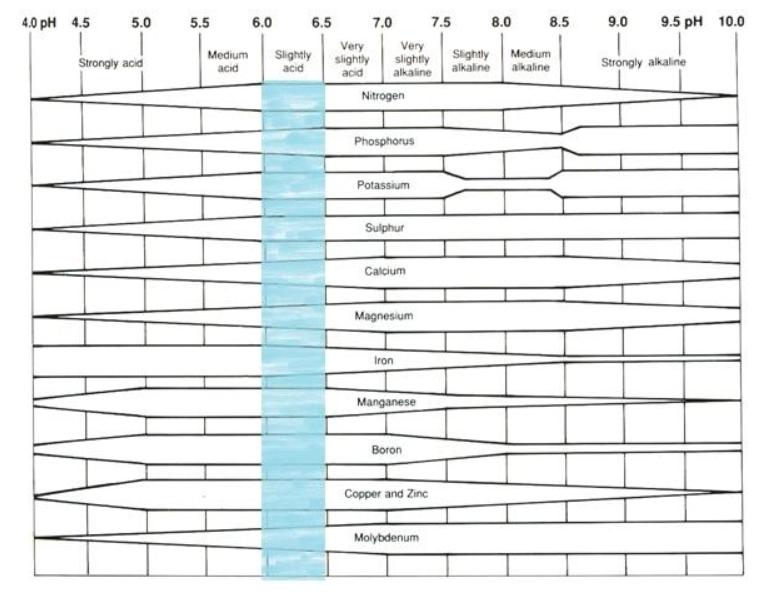 As you can see, regarding nutrient availability, a slightly acidic pH of 6.25 is a good sweet spot for most nutrients. Remember that pH is measured on a logarithmic scale. This means the acidity of a soil sample that has a pH of 5 is actually 10 times higher than that of a sample with a pH of 6. Slight differences in pH may not seem like much, but the actual variance can be huge.

This is where the rubber hits the road. Say you don’t soil sample and you unknowingly have a pH of 5.25 in a certain area of your field. However, starter fertilizer (11-37-0) has provided a good response for your crops in the past so you judiciously apply 7.5 gallons per acre. Here’s the resulting sad reality of that application. With that low of a pH, aluminum is that much more available and actually binds with the phosphorus fertilizer, rendering it unavailable. By neglecting pH, you have just wasted money on a fertilizer application, whether you needed it or not, that won’t be available to the plant you were trying to fertilize.

Check the chart above and the same tale can be told using many nutrient examples: calcium, nitrogen, potassium, etc. These are essential nutrients that the plant is being starved of just on the basis of pH.

Here’s one quick sidenote: overliming or using industrial by-products like slag can cause an excessively high pH that has much the same effect as underliming. Just like with underliming, overliming can require years to remedy the problem and can also be expensive, requiring an abundance of sulfur (usually in the form of ammonium sulfate).

What are some other benefits of liming?

As you can see, we are big believers in the importance of maintaining soil pH and using lime as part of a well-rounded nutrient program. The synergy that limes gives you in combination with other inputs that you are already applying makes it arguably the most effective input you’ll apply all year. Times are tough and it’s tempting to cut some inputs to be a low-cost producer. However, I hope you’ll consider that, given the importance of lime, this should be among the last things you cut.

You hear the same advice all around during times like this: “The farmers who will survive and thrive during tough times are low-cost producers.” For the most part, this is very good advice. Farmers are inundated with a number of questionable inputs... 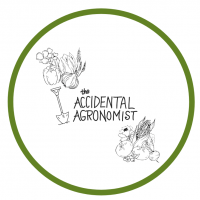 Over the past several months I've been talking to growers about lowering the rate at which they're spreading while slightly increasing the frequency. This way they can still fit it into their soil fertility budget and manage pH at the same time. 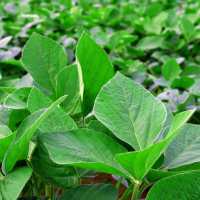 Rick Foster Raleigh, NC
Jan 14, 2019 in Fertility And Soils
I agree with this approach. It can require a little more management but if you stay on top of things, you won't see the low pH yield lag that's commonly associated with waiting until the land needs two tons of lime.

Published Jun 6, 2018 in Fertility And Soils

More Articles from Fertility And Soils