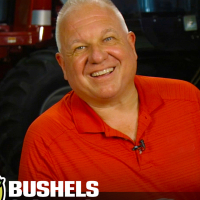 Every automotive enthusiast should visit what used to be known as the Henry Ford Museum in Dearborn, Michigan. A few years back, its name was changed to “The Henry Ford.” Contrary to what many may think, the museum’s focus is not on Ford products. Instead, it is biased toward the industrial revolution and the automobile’s positive impact on life in America. It is made clear how the internal combustion engine opened up a world of possibilities and created entirely new industries and businesses that did not exist before.

There is no denying the contributions the car made to society. But it also introduced something that is not glamorous nor romantic, air pollution. Its ability to be mobile and spew exhaust emissions wherever it went meant that air pollution became a national issue.

The acknowledgment of automobile-derived air pollution came to the surface in the late 1950s and early 1960s. Something needed to be done to reduce the internal combustion engine’s damage to the environment, especially as the number of vehicles on the road was ever-increasing.

The atmosphere is composed of about 78 percent nitrogen and 21 percent other gases. At normal temperatures and pressures, nitrogen is an inert gas. This means that it has no tendency to change form or combine with other elements and create new compounds.

However, when nitrogen is exposed to high pressure and very high temperature, its characteristics change. For example, at temperatures above 2,500 degrees, F nitrogen combines with oxygen. When they combine, they form molecules composed of one nitrogen atom and unstable oxygen atoms, such as NO, NO2, and NO3. These compounds are NOx emissions, with the “X” representing any number of oxygen atoms.

This is the environment that is created in the combustion chamber of an engine.

Nitrogen dioxide is a light brown gas known to many as smog, while its official name is photochemical smog. It is the leading cause of visible air pollution.

The federal government discovered that automobile exhaust was a significant source of NOx (oxides of nitrogen), and legislation was passed to restrict the amount spewing from the tailpipe.

As a result, federal standards were implemented for the 1973 model year to rein in NOx emissions. However, the earliest and most effective means to control NOx is through an exhaust gas recirculation valve (EGR). When this occurred, the automobile service and enthusiast community was introduced to combustion chemistry in a manner they had never seen before.

The components of heat and pressure are what, in simple terms, create NOx emissions. Thus, if one element from the recipe were removed, smog creating pollution would drop. There was a conflict, though. If the combustion pressure were lowered by a reduction in the engine’s compression ratio, that would positively impact NOx production. But the compression ratio of an engine significantly affects its thermal efficiency, so fuel economy would suffer along with throttle response and, to some level, power.

If an extremely rich mixture were introduced to the combustion event, it would have a cooling effect and lower the temperature during flame expansion. But, again, this would impact fuel consumption and would substantially increase carbon monoxide emissions.

Therefore, a method was required to lower the combustion temperature sufficiently to reduce (it can never be totally eliminated) NOx with a minimum of side effects.

During combustion, the leading-edge flame temperature as it travels across the bore needed to be below the trigger point for NOx, which is 2,500 degrees F. Another pitfall was the engines of the time had a large bore. As a result, the length of time the combustion temperature was at the NOx production point was great.

It was discovered that if inert exhaust gas were introduced into the combustion chamber, it would take the place of a burnable mixture, effectively diluting the charge and lowering the peak temperature.

This may be hard to grasp since the exhaust gas is hotter than the incoming air. The theory is based on the volume of the combustible mixture entering the bore, not the initial temperature of the air.

EGR controls NOx emissions by keeping combustion temperatures below that which produce the pollutant.

This reduces the oxygen content and, therefore, combustion temperature. The amount of exhaust gas mixed with the intake charge is controlled by an EGR valve.

Most EGR systems include:

EGR on a gasoline engine (a diesel is different) is only introduced during part throttle and light load when the highest combustion temperature is reached.

During idle, the amount of heat generated is below the NOx component. The necessary rich air/fuel ratio acts as a natural EGR and cools the flame at full power. In addition, if the EGR system were evoked during idle, it would cause the engine to run rough and most likely stall.

The most common EGR valve was known as a port EGR. It consisted of a basic diaphragm vacuum-actuated needle valve. All EGR valves were a customarily closed design — an internal spring forces the valve closed when no vacuum is applied. When engine vacuum is introduced in the upper diaphragm chamber, it overcomes the spring tension.

Early EGR systems were operated from a ported engine vacuum signal. That prompted the vacuum line to be run through a thermostatic switch that measured the engine coolant temperature. If this were not done, then at fast idle with a cold engine, the timed vacuum port would be exposed and evoke the EGR system, diluting the mixture and creating a driveability or stalling issue.

The vacuum control was a simple switch. It did not track the coolant temperature. It only opened and then closed at a designed value.

Thus, if the vacuum switch failed in a position that allowed the vacuum to pass any time the ported signal was created, the operator would experience poor driveability during engine warm-up. In like fashion, if the spring in the valve became weak and did not keep the pintle against its seat, EGR would be introduced independently of the vacuum signal.

The introduction of even a small amount of inert gas into the cylinder bore was not easy for the engineers to deal with. It would play havoc with the way the engine would run. An EGR-equipped engine often needed to be tuned differently than the same powerplant without this system. Much attention was given to the ignition curve, and the fuel delivery through the carburetor during EGR apply.

For this reason, an engine designed for EGR and either had the valve fail or was deliberately disconnected would ping incessantly — the ignition advance rate was intended for the skewing of the burn speed with the inert gas. Once the recirculation was removed, the spark lead was effectively too aggressive at part throttle.

For the 1972 to 1973 model years, the Chrysler Corporation used a unique EGR system on the 340 and 400 cubic inch V-8 engines when equipped with a four-barrel carburetor. It was an EGR system without an EGR.

Two stainless steel jets were threaded into the intake manifold floor, connecting the intake runner to the exhaust heat crossover. The system provided a constant flow of exhaust gas into the engine. It was sufficient for the minimal reduction required during that time frame.

When the standards were made stricter, a traditional EGR valve was employed.

This may now bring up a question, “Why only these engines?” NOx production is not the same in every engine, and each has to be tested separately and then have an EGR system and flow rate designed for it.

Within a family of engines, the components may look the same externally but are unique for the application.

The war on NOx was much more costly and involved than the public and professional mechanics ever realized.

Was there a better way?

EGR is still employed today, and the current hot area of debate is its use on modern diesel engines. It is an effective tool, but it also brings complexity problems with later computer-controlled systems and carbon build-up in the passages, which reduce its flow.

Though every significant auto seller in the country has used EGR at one time or another, one can only question why.

It is well known that an efficient combustion chamber design with a high rate of mixture motion and a fast burn rate is the key to limiting NOx production without introducing an inert gas as a filler.

As the flame speed increases, the amount of time the nitrogen is exposed to high pressure and temperature significantly decreases, and NOx drops. To accomplish this would have required a completely new cylinder head design.

Though it is popular to malign Detroit, none of the auto companies (foreign or domestic) wanted to do that, at least not for 1973. Eventually, they all got on board with advanced combustion chamber shapes and idealized spark plug locations.

These technologies allow a high compression ratio on low octane fuel with a minimal amount of NOx production.

Do any of these engines exist? Yes, they are under the hood of every new vehicle built in the last decade.

The marvel of a simple pintle EGR valve ended up being the impetus for the efficient and powerful engines we enjoy today.

Ray is a technical writer in both the automotive and agricultural industries and has been featured in more than forty-four different magazine titles with over 3,000 published technical articles. Additionally, he has authored three books and delivered countless seminars to the two communities. He also is the host of the Idle Chatter podcast and of Farm Machinery Digest Radio, heard exclusively on Sirius/XM Channel 147, Rural Radio. 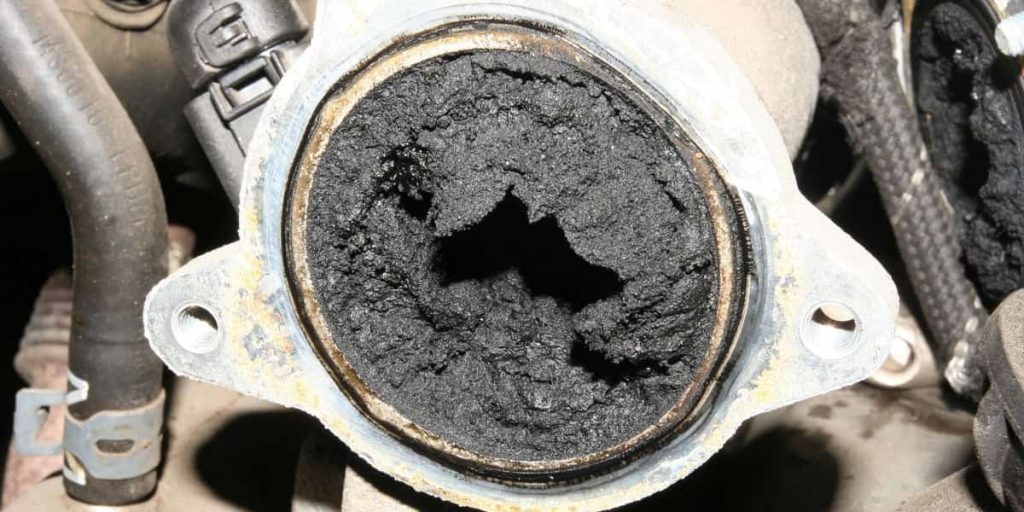 Chemistry lesson: Detroit reduces NOx with EGR.September 30, 2021 By RAY BOHACZEvery automotive enthusiast should visit what used to be known as the Henry Ford Museum in Dearborn, Michigan. A few years back, its name was changed to “The Henry Ford.”...

From Industrial Pesticides to Integrated Pest Management: A New Trend in Vineyard Practices

This article was initially published on The Wine Industry Advisor as part of a s...