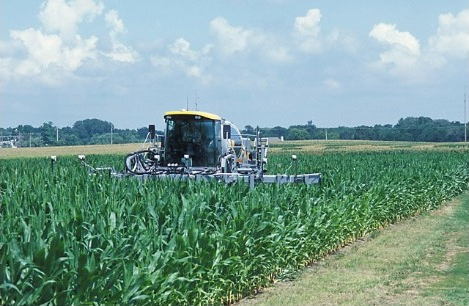 Unfortunately, it doesn’t guarantee those benefits will provide a return on investment.

Consider a study conducted in North Dakota, Montana and Minnesota from 2000-2003, where fields were divided so that nitrogen fertilizer was either variable-rated or applied uniformly. As the North Dakota State University (NDSU) article explains, using nitrogen fertilizer recommendations at the time and variable-rate applying it on a zone approach provided no economic advantage over the uniform rate.

However, the same article cites a study conducted for more than 10 years on a 40-acre field in North Dakota where variable-rating nitrogen resulted in a $14.35-per-acre profitability over a uniform rate.

“Over several thousand acres, the savings are substantial and help pay for precision agriculture upgrades,” the authors say.

So why do some farmers find economic advantages with variable-rating fertilizer while others don’t?

“If there’s a high degree of variability within a field, that’s when variable-rate becomes more economically positive,” says the Purdue University ag economist.

DeLay explains that research has shown that for variable-rate to pay off, there needs to be a sufficient amount of variation on the farm. Unfortunately, there’s also no clear answer on how much variability a farmer needs to experience to see a return on investment.

DeLay suggests looking at your county yield averages to get an idea on variability in your field, especially if you don’t have soil tests or other data to confirm the amount of variation that exists. For example, if your county corn yield average is 190 bushels and you have parts of your fields that are significantly above or below that, it would be good to investigate whether VRT for fertilizer application is a good investment.

Topographical variation is another factor to consider. In that 2000-2003 study the NDSU article referenced, researchers found areas on lower slopes with higher soil organic matter in Montana did not respond to nitrogen, while “lower-yielding areas on hilltops and eroded slopes required more nitrogen per productive bushel than previously expected.”

What About Farm Size?

If you have a larger operation, you may be wondering whether the ROI on variable-rate fertilizing would be greater given potential economies of scale.

DeLay says that investing in these technologies could make sense for large operations because they can spread that cost out over a larger amount of acres.

“It could be that larger farms have more variability within their fields that makes it more economical,” he says. “But the research that has been done on this shows it really depends on the soil.”

As the USDA points out in its Economic Research Service report “Farm Profits and Adoption of Precision Agriculture,” the average farm operating profits for precision ag adopters was $66 per acre higher than nonadopters, but added that this average came from across different farm sizes and adopters had farms averaging 480 acres larger than nonadopters. “Thus, the higher profit figure could reflect economies of scale associated with larger operations,” the report says.

However, adoption of variable-rate, which was the costliest precision ag technology the report looked at, was lower than the other technologies examined on all farm sizes. The highest adoption rate of 40% was only on farms with more than 3,800 acres.

Unlike other precision ag systems, the profitability of variable-rate technology does not change after including the farm size scale effect. Chart from "Farm Profits and Adoption of Precision Agriculture."

When it comes to VRT, DeLay doesn’t think small farms should automatically dismiss it because of their acreage.

“There are likely going to be some scale advantages for larger farmers. But some of these software products work for smaller operations too,” DeLay says. “Might be the case that variable-rate still makes sense for a smaller operator. Naturally if they have a smaller field it’s less likely there will be that high degree of variation, but that’s not necessarily true.”

But the best way to determine variability is through good-quality, reliable data, says DeLay, which is also necessary for informing those variable-rate application decisions. This is another cost growers need to consider when evaluating whether VRT for fertilizer application is a wise investment.

“The challenge for the grower is the gathering of the information that informs the variable-rate applications,” DeLay says. “It really does present a challenge because you have to identify which variables you’re interested in collecting — plant-available nitrogen, electrical conductivity, soil organic matter. Then putting that information into something you can analyze with a software platform and determining the appropriate application rates from there. Variable-rate really requires a lot of reliable information in order for it to be effective.”

DeLay adds that those who have invested in this technology and are using data intensively to inform their decision-making tend to regard them as successful decisions.

“It could be a little of ‘Because we’ve invested and tied money into this, we naturally want it to pay off,’ but it could also be that it’s generating a return for the producer,” he says. “Once farmers invest, they tend to regard it as a worthwhile investment.”

DeLay also believes that data collection will become a better investment for farmers going forward. He expects the cost of gathering information, such as soil sampling, yield monitoring, sensors and imagery data to become more ubiquitous, which will also make variable-rate more effective.

“The cost burden is going down for collecting farm data, thanks to new technologies, and the quality of farm data is improving,” he explains. “I would predict it to be more effective because the data that informs it is getting better.”

However, one of the challenges in data collection is determining which data is the most important to collect.

DeLay doesn’t have specific metrics he thinks farmers should be looking at, such as soil nitrogen, phosphorus and potassium vs. soil EC, but believes the more data points you can examine, the better.

“But there’s a cost associated with that,” he adds. “Soil sampling is costly and you have to decide if you’re going with a grid or zone sampling strategy.”

Yield data can be good information to start with, but only if you’ve been calibrating your yield monitor to ensure accuracy.

Do Your Homework Before Investing

For farmers who are considering adopting VRT for fertilizer application, DeLay recommends they first collect good-quality, calibrated yield data, and at a minimum, layering that data with some soil sampling.

In these yield maps from the Davis-Purdue Ag Center, you can see the difference between yield data that was incorrectly processed (left) vs. a map that was correctly processed (right). Accurate data is key to creating prescription maps for variable-rating fertilizer. Maps from Purdue University.

Once a farmer has a few years of that consistent, accurate data in place, the next step would be to talk with an agronomist or precision specialist to get an idea on whether VRT would be worth pursuing and what other information needs to be collected to see a return on investment.

DeLay advises getting a ballpark estimate on what would happen if you decreased fertilizer application in one zone and increased it in another. Would you see a reduced input usage for the field overall? And what would the yield increase have to be to make that investment in variable-rate profitable?

“Do your homework before investing in this,” he says. “Seeing how much that soil profile is varying, how much yields are varying within the field would be a good place to start.”

For growers who are trying to follow the “4Rs” of nutrient stewardship — applying the right fertilizer source at the right rate, at the right time, and in the right place, as set forth by The Fertilizer Institute — variable-rate technology (VRT)...