Image by Voggacom from Pixabay

Experts all agree that there is no silver bullet to control weeds in the organic cultivation of soybeans. Farmers need to use a combination of measures to keep weeds at bay in the short and long term.

Weed control is the main problem in organic agriculture including in soybeans.

It is more difficult to control weeds in soybeans because of their compact foliage, which takes longer than grain crops to produce an interlocking canopy that shades inter-row area.

On the other hand, weeds have various natural traits that help them spread and establish. These include high seed numbers, seed dormancy, wide seed-dispersal, and discontinuous germination.

Weeds can also have allelopathic effects due to the chemicals they secrete, which affects germination, nodulation, and seed quality. For example, common lambsquarters (Chenopodium album), sunflower (Helianthus annuus), and yellow nutsedge (Cyperus esculentus) can reduce the germination of soybeans by 40-90%.

Weeds not only compete with soybeans for space, light, and nutrients, but they can also transmit diseases and pests, and cause problems during harvesting.

Since chemical treatment is not allowed in organic farming, Integrated Weed Management (IWM) that relies on avoidance, prevention, and extermination of weeds with cultural, mechanical, and biological means is ideal. The aim is to bring the number of weeds down to a level they no longer affect soybeans, see Figure 1.

Cultural operations help in preventing weeds, and in improving crop ability to compete against weeds.

These are some of the first practices an organic farmer should consider in weed control. This also reduces the reliance on heavy machinery and herbicide treatments, improving the overall ROI of a farm.

Weed prevention can start by ensuring that the field is free of weed seeds. Weeds come from seed banks present in the soil or are transported as contaminants of crop seeds into a farm. So, control these two sources.

Soybean cultivars vary in their ability to compete with weeds, due to vigor and growth rate. Cultivars that emerge quickly, and have a fast-early development, will achieve canopy closure sooner and minimize weed establishment by cutting light penetration. This can decrease reliance on mechanical control.

Varying sowing time to eliminate weeds is often advocated. Weeds have different times when they germinate, so farmers are probably only altering the weed sets that soybeans have to compete with when they alter the planting date. Hence, growers need to plan their planting time carefully considering which weed species are a problem in their fields.

The soybean crop population can be increased to limit light available for weeds. There are several ways of achieving this.

Scientists have shown that having more species of weeds is better for soybean yield than having one or few very dominant weeds. When dominant species are controlled, a greater number of weeds can establish, and reduce the impact on soybean yield.

Crop rotation prevents any weed species from gaining dominance. When crops with varying life-cycles and management are used it prevents the same weed from building pressure.

Moreover, crop rotation by itself increases soybean yield. In the long-term, rotating with crops like wheat or sorghum which produce high residue also improves soil fertility by increasing soil carbon and nitrogen levels.

Incorporating green cover crops in the rotation before soybeans are one of the surest ways to bring weeds under control. limit weeds by reducing space, light, and nutrients for weeds. After the cover crops are cut, the mulch continues weed control while soybean is growing. Cover crops can also be allelopathic and produce chemicals that control certain weed types.

Ryegrass, vetch, turnips, and oats are used in the tropics. In the sub-tropics, it is pigeon pea, crotalarias, velvet beans, jack-beans. In the USA, rye, cowpea, triticale, or clover are recommended. Cover crops can be allowed to grow longer in winter and for a shorter duration in summer. Care should be taken to cut or suppress them before seed-set, to prevent them from becoming weeds.

Improving soil fertility will boost the growth of soybean plants and give them a competitive edge.

However, the quality of manure will matter. Manure that is not properly composted can introduce weed seeds.

The pH of the soil can be increased to make it more alkaline if the field has weeds that like acidic soils. 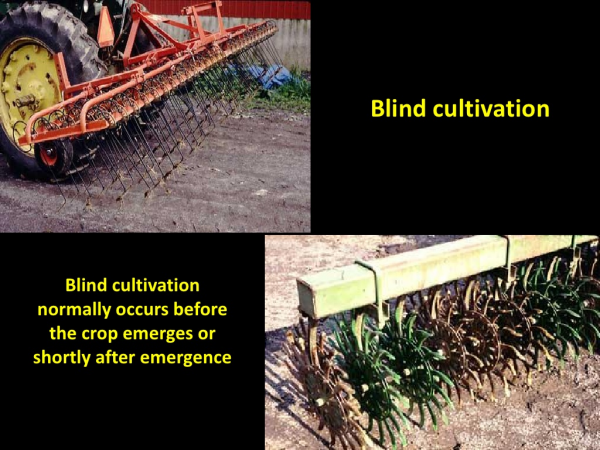 The purpose of mechanical operations in organic weed control is to remove any weed that has emerged by uprooting, injuring, or burying them.

During cultivation, the short stature of soybeans should be kept in mind as they cannot tolerate too much soil throwing and burying. The timing of tillage will therefore determine the machinery used. Speed, machine adjustment, and operator skills are all factors that will affect success in controlling weeds with mechanical operations.

Regular and early scouting is a must to check for weed problem areas, and to identify the species.

The type of tillage can affect weed control. Methods that turn up topsoil to suppress early emerging weeds and expose late-germinating types are the best, like moldboard plowing or rotary hoes. Disk and chisel plowing are not as efficient in removing weeds that can compete with the emerging crops; hence they can be combined with blind cultivation and flame weeding.

Before the soybean has germinated, shallow blind cultivation can control early weeds that are just sprouting by loosening the topsoil and drying the weed seeds. Flex-tine, spike-tooth, and spring-tooth harrows, or rotary hoe can be used for blind cultivation. They don’t disturb deep correctly placed soybean seeds, see Figure 2.

Up to two to five blind cultivations can be undertaken once every five days after emergence, with the flex-tine harrow or rotary hoe.

Later, between-row cultivation is used when both weeds and crops are larger but before the crop canopy closes. As it can disturb the crop it should be used sparingly. S-tine and wide sweep cultivators can be used to remove larger weeds, and rolling cultivators that heap soil to or away from crop rows for smaller weeds.

To prevent damage to soybean crops, organic farmers are using satellite GPS navigation to mark rows while sowing. This map is used for all post-emergence cultivation to avoid damaging soybean.

This technique is useful against broadleaved weeds and is suitable for tilled and non-tilled fields. As fire can also affect soybean crops, it is useful only when the crop is young and the field is wet, see Figure 3.

For example, up to 90% of cyperus grass tubers are eliminated by no-tillage. Sorghum residue mulch reduces populations of Brachiaria plantaginea by 96%, Sida rhombifolia by 91%, and Bidens pilosa by 59%.

In addition to cultural and mechanical means, biological options, using natural enemies such as pathogens and predators of weeds can be used to control weeds.

Many weed-specific bioherbicides being developed around the world to replace chemicals in conventional farming are also suitable for organic cultivation.

Fungi, bacteria, or microbial products that infect weeds are used as bioherbicides. The advantage of using microbes is that they are living organisms, which will survive and multiply in the field in succeeding crop cycles and continue weed-control.

Bioherbicides can be used at any stage of the crop as seed treatment, and soil, foliar, and post-harvest applications. They can be liquid, granular, or dust in form. These bioherbicides are expected to get cheaper as demand drives supply.

Known predators or pests of weeds like parasitic wasps, painted lady butterflies, etc. that target only specific weeds can also be introduced in the fields as biological weed control.

The IWM uses a combination of methods to avoid chemical use. As a last resort, natural plant extracts and some chemicals that are allowed in organic cultivation can be used.

Since these are expensive, their use can be optimized by using precision farming techniques. Drone images can be analyzed to locate the exact spots in the fields that have weeds, and estimate their severity. A prescription map uploaded to smart farm machinery for directed spot applications can further reduce the amounts of herbicides used.

Herbicides that are certified for weed control in organic farming are essential oils such as clove oils, plant extracts like corn gluten meal products, and distilled vinegar.

The weeds species -grasses and broadleaved- have unique requirements. Often when a farmer manages to control one weed, they could be creating conditions optimum for another weed. So, it is necessary to be able to identify weeds and their intensity, and know more about their growing conditions to be able to maintain soybean crop productivity. By using IWM, over the years, investment in weed control in organic cultivation can be reduced to improve ROI.

Experts all agree that there is no silver bullet to control weeds in the organic cultivation of soybeans. Farmers need to use a combination of measures to keep weeds at bay in the short and long term.Soybean vs WeedsWeed control is the main problem in... 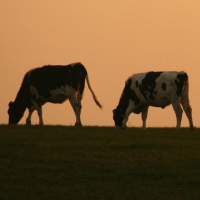 How to Cultivate Cotton Organically

Though most of the organic cotton in the world comes from Asia, Texas in the USA...