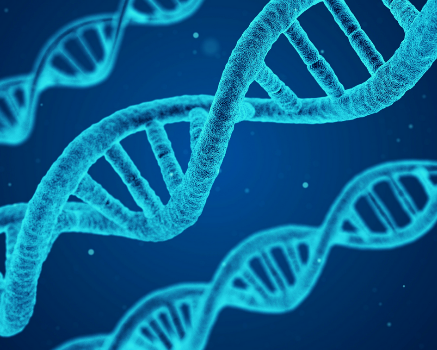 CRISPR gene editing technology is a faster, cheaper way to get new agronomic traits to market. 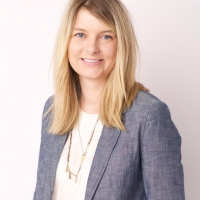 The USDA began reporting corn yield estimates in 1866. That year, the average farm was harvesting 24.3 bushels per acre; today that same farm averages 176.6 bushels of corn per acre. One might think that yield increased steadily each year, but that’s not what happened. Yield averages in corn remained relatively flat for nearly 70 years from the mid-1800’s until hybrids were widely introduced and adopted by farmers in the 1940’s. Then, in the late 1990’s genetically modified (GM) corn hit the market and Roundup Ready hybrids became the new norm for farmers looking for a more efficient way to manage weeds. Today, we’re on the edge of the next generation in seed technology as companies experiment with CRISPR gene editing technology. So, what exactly is CRISPR and what does it mean for you?

A new era for seed products

Like the seed technology that came before it, CRISPR gene editing could be a game-changer for modern agriculture. CRISPR allows scientists to manipulate an organism’s genome in a very precise, specific way. For example, certain genes can be turned on or off, or genes can be edited to produce a new or different effect in plants. CRISPR works by using RNA to guide site-specific enzymes to strands of DNA where targeted genes are located. Once there, the enzyme binds to the DNA and cuts it, effectively turning off the targeted gene. Modified enzymes can also be used to activate genes or edit specific genes.

The specificity and simplicity of CRISPR technology have agricultural scientists excited about the future. Even with advancements in traditional plant breeding, it can take years to bring a new seed product to market. CRISPR cuts down the time it takes to produce genetic changes in crops, meaning there is potential to get new products to market much faster than with traditional plant breeding methods.

Proponents of CRISPR technology got a huge win in March when the USDA announced that it would not regulate CRISPR modified plant products. Unlike traditional GMOs, which require years of study and data to be commercialized, CRISPR products won’t be under the same scrutiny by the government. A survey done for CropLife International in 2011 estimated that it costs 136 million dollars to get a new genetically modified plant product to market. Over 25 percent of that cost is attributed to regulatory and registration requirements. The recent USDA ruling makes it easy to see why seed companies are turning to CRISPR to complement traditional plant breeding methods.

The USDA says the difference in regulation requirements between CRISPR and traditional GMO products lies in the science behind the genetic modification. With traditional genetically modified products like insect or herbicide-resistance traits, a foreign gene is inserted into the target organism to confer a change in the DNA. With CRISPR, on the other hand, only the target organism’s DNA is manipulated, and no foreign DNA is inserted.

Farmers today are challenged with feeding 9 billion people in the next 20 years. To do that they’ll need to employ technology that helps drive yield further than what we see today. Current estimates indicate a 0.8 to 1.2 percent increase in genetic yield potential per year(1). While yield does continue to climb, these rates of increase won’t be enough to sustain the growing population.

Unlike agronomic traits that confer resistance to herbicides or insect damage, yield is a more complex trait to breed for. There are likely many genes that contribute to yield potential, and with traditional breeding, it would take too long and be too expensive to develop seed products that boost genetic potential by more than current averages. With CRISPR, multiple genes can be targeted and manipulated simultaneously. This has great potential for improving year-over-year genetic gain in crops.

The first CRISPR-developed products have already received the green light from the USDA, so they’ll likely be making their way to supermarkets and fields in the coming years. Farmers may find themselves with more options when purchasing seed, thanks to CRISPR. Without the high regulatory costs, smaller agriculture companies will be able to develop new, innovative products. More players could mean more competition in the seed industry, at a time when mergers are threatening to limit options for farmers. We could also see more options in the form of new traits that could help farmers with their greatest agronomic challenges.

The possibilities are essentially endless with CRISPR technology. It’s faster, cheaper and more accurate than traditional plant breeding methods, so researchers can experiment and cover more ground than ever before. And in theory, the cost to produce these seed products should be much less than current GMOs, potentially cutting seed costs for farmers.

CRISPR gene editing technology could revolutionize the agriculture industry just as the first hybrids and GMO products did. It will be exciting to see new traits enter the marketplace with the help of CRISPR.

The USDA began reporting corn yield estimates in 1866. That year, the average farm was harvesting 24.3 bushels per acre; today that same farm averages 176.6 bushels of corn per acre. One might think that yield increased steadily each year, but that’s...

It’s been over two decades since the first Roundup Ready crops were planted in...

Dirt. It’s arguably a farmer’s most valuable natural resource. But what make...