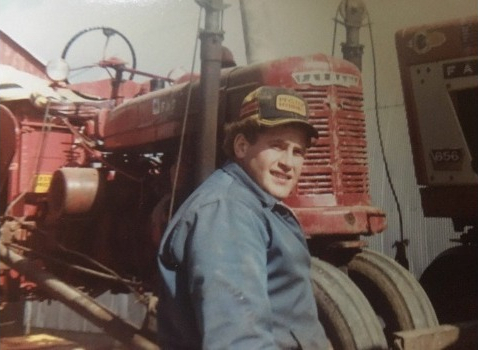 For farmers who were just starting out in the early 80s, many of today's challenges may seem all too familiar.

Will Changes in Trade and Low Commodity Prices Bring 1980 2.0?

The average age of a farmer in the United States today is over 58 years. It’s a well-used stat, one often cited with concern over transitions in U.S. farm ownership. However, the aging farmer population may actually benefit agriculture in the near term as we approach what many suggest will be another farm crisis reminiscent of the last major crisis in the 1980s. Back then, markets evaporated and prices dropped dramatically leaving many farmers without the means to pay the bills and having to foreclose on family family farms.

The majority of farmers today were around then. Even if they weren’t actively farming at the time, they were old enough to recognize the turmoil caused by trade embargos and the subsequent years of low commodity prices. They learned the hard way to adjust their operations in order to avoid facing a similar crisis in the future. These seasoned veterans of tremendously hard times have seen shifts before and navigated through them.

For years, economists and agriculture experts have been hinting at “another 80s crisis.” The similarities are all too present. Yet, there are plenty of nuances – thankfully – to make this go-round quite a bit different.

In 1980, corn was king, followed by wheat, soybeans and cotton. Jimmy Carter’s decision to slap a grain embargo against the Soviet Union, ultimately slashing U.S. corn and wheat exports and exports, was the impetus of the last farm crisis. Today, corn and soybean acres are neck and neck, followed by wheat and cotton. Chinese tariffs have been the biggest pain point for soybeans, but not impacted corn as significantly, at least not directly.

Unfortunately for corn and soybean farmers, its not just the exports of their own commodities they should be concerned about today. Ultimately, they should also be concerned about livestock exports – their biggest customers. That’s where trade issues – like those in China – are hitting farmers from multiple angles.

Corn acreage has grown only slightly since 1980, from 84 million to nearly 90 million acres. But, thanks to more effective farming methods, farmers get a lot more from every acre, more than doubling production to nearly 15 billion bushels last year. Soybean acres have seen the greatest growth, jumping 28 percent over the roughly four decades to nearly 90 million acres. Soybean production has also soared over the same period, more than doubling to 4.4 billion bushels last year. While cotton has remained relatively steady, wheat has seen the most dramatic drop – falling by 40 percent to nearly 50 million acres today. Production increased per acre but decreasing overall.

As farmers navigated the difficulty of the 1980s, federal farm programs helped them navigate decision-making. For many farmers, increasing acres of their “secondary” crop helped insulate them from the onset of the crisis. Today, that may be a more difficult challenge. Farmers attempting to ramp up acreage in a crop or elect to grow a new commodity would be confronted with extensive equipment costs, as well as potential investments in farm infrastructure.

The Drop in Commodity Prices

Prior to the latest, trade-driven market shifts, economists and journalists alike were already comparing the current farm economy to the 1980s. Commodity prices were already on their fifth year of decline since peaking in 2013. While prices shifted downward, most input and land costs remained level, at best, while equipment costs are trending upward. Farmers pushing toward break-even prices certainly were experiencing some concern earlier this year. The trade shifts and reactive market helped to add to that stress.

On the other hand, commodity prices dropped dramatically in the 1980s catching many farms off-guard. After all, the crisis had been created in the first place when big growth was followed by what was effectively a sudden crash.. Today, thanks largely to that experience, you’re likely to hear farmers talk about the cyclical nature of their business, and managing through the good times modestly to prepare for the hard times that will inevitably follow. Remember, the majority of them lived through the 80s and don’t want history to repeat itself. This time around, the growth in the commodity market and strong prices lasted longer than they did prior to the 80s crisis. Because of that, economists believe farms are more prepared to weather the storm, suggesting the U.S. will see a more gradual downward adjustment without rush of foreclosures seen previously.

For example, farmers of yesteryear saw land prices start a sudden and precipitous fall from their peak in 1981, lasting until a rebound finally began six long years later, thanks to normalizing of the commodity markets and government programs. As of late, land prices have varied greatly based on geography, in some locations barely moving. While they peaked in 2014 following the great commodity year of 2013 prices have fallen only gradually – if at all.

For example, Illinois land values hit their peak at $7,520 per acre in 2014, falling less than 1 percent from that target by 2018. To put things into context, land prices in Illinois during the first four years of the 80s farm crisis (1981 to 1985) decreased 36 percent, with the bottom actually hitting a total of 47 percent decline by 1987.

Banking On the Difference

The pain of the 1980s crisis was perhaps most visible at the auction block, where family farm after family farm was put up for sale to the highest bidder, often by the lending institution following a foreclosure. Images of this American tragedy played out on the nightly network newscasts. Low cash flow, lending and interest rates were the perfect storm to put many farmers too far underwater to recover.

By 1984, the nation’s farm debt had doubled from its levels just six years prior. As farm income plummeted, those who had borrowed heavily – for example, many young farmers and those who had expanded rapidly during the export swings in the 1970s – were the first to go out of business.

Many adjustments have been made since the 1980s in terms of loan practices. For example, the Congressional Farm Credit Act of 1980 increased the amount Land Banks could loan against collateral to 97 percent. These regulations have tightened significantly since that period, once following the 1980s and again, after the 2008 financial crisis.

While lending practices were part of the cause of the 1980s farm crisis, interest rates played an active role, as well. High interest rates, prime peaking over 20 percent, along with the Federal Reserve’s policies to try to lower them, added to the crash in land prices and thus the value of farm assets.

Today, interest rates resemble nothing like the 80s – which saw rapid increase in a few short years. Interest rates remain relatively low, even when creeping slightly higher compared to recent trends. The average farm asset interest rate in 2015-2016 was 5.24%, rising only ½ percent in 2017. Experts anticipate additional increases for 2018, but not near the significant increases that handicapped farmers of previous decades.

Farmers today are better positioned to ride out the roller coaster of commodity prices than farmers were in the 1980s. However, gradual adjustments will need to happen and some farms will sell. It’s the nature of a cyclical business like farming. Without a crystal ball to predict how long this downturn will last, it is safe to say that some farms are not financially prepared.

To date, the Federal Reserve Bank of Kansas City reports that delinquency rates on loans remained low through 2017. However, USDA predicted farm income to drop 7 percent this year and the Kansas City Reserve warns, as more debt is taken on, U.S. farm debt-to-income ratio could be the highest since 1983. This scenario could be one of those gradual adjustments the farm industry will see to level out the crisis, seeing some farms begin to liquidate, while others manage through.

For now, farmers will continue to look at cost-saving measures and the crop mix that will navigate through this commodity cycle.

Use these tips to help avoid and recognize the symptoms of carbon monoxide poiso...

Farmers Push for Trade, Not Aid

While the Chinese retaliatory tariffs and the resulting implications have been d...