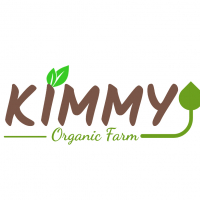 Kimmy Farm Ho Chi Minh City, Ho Chi Minh City, Vietnam
Dec 7, 2021
Taiwan To Cut Import Tax on Vietnamese Cashew
Taiwan (China) will reduce the tariffs on cashew nuts imported from Vietnam, from the current 16% down to 10% according to the Vietnam Economic and Cultural Office in Taipei. The Taiwanese side said that the change is intended to decrease the costs of processing and increase the consumption of nut-based products that enhance people's health and well-being. According to Taiwan's foreign trade agency, Vietnam has been the largest exporter of cashew nuts to the territory for several years. In the first ten months of 2021, Vietnam shipped nearly 4,000 tonnes of cashews, worth approximately 30 million USD to Taiwan. Besides Vietnam, Taiwan also imports cashew nuts kernels from other partners such as Indonesia, Thailand, and Cambodia.
https://kimmyfarm.com/en/taiwan-to-cut-import-tariffs-on-vietnamese-cashew
#kimmyfarm #farm #cashew #cashewnuts #nuts #kernels