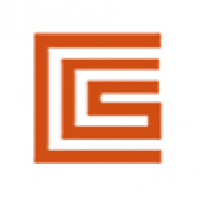 U.S. GDP expected to hold up in Q1 but then fade in 2H-2019
U.S. consumer sentiment remains generally strong despite mild set-back in April
Japan refuses to link a currency agreement to a trade agreement
Markets are hoping for a US/Chinese trade agreement in two weeks

U.S. GDP expected to hold up in Q1 but then fade in 2H-2019 -- The consensus is for today's Q1 GDP report to improve slightly to +2.3% (q/q annualized) from +2.2% in Q4. Expectations for today's Q1 GDP report have improved substantially just in the past several weeks from earlier expectations of about +1.5% due to the recent release of stronger economic data. In particular, March retail sales surged by +1.6% m/m. Even with that late surge in retail sales, however, the consensus is for today's Q1 personal consumption to show an increase of only +1.0% q/q annualized, which would be the weakness performance in a year.

Q1 GDP is expected to be boosted by rising inventories and by a solid net export figure. However, there will be negative payback in the next two quarters because inventory growth has outstripped demand since mid-2018 and inventories will have to be cut in coming months, which will hurt GDP growth in Q2 and Q3.

The Atlanta Fed's GDPNow forecast for Q1 GDP growth of +2.7% is substantially stronger than the consensus of +2.3%. GDPNow is forecasting the following sector contributions to GDP: +0.77 percentage points from personal consumption, +0.12 points from equipment spending, +0.31 points from intellectual property products, , -0.01 point from nonresidential structures, +0.05 from residential investment, +0.54 from government spending, +0.50 points from net exports, and +0.39 points from the change in private inventories.