Here's a few things to keep in mind when shopping for a new Disc-Cultivator.

Your disc-cultivator is getting a little tired and worn out, not doing the job it once did, or it's costing you hours and dollars in continuous repairs. That's no fun; we get that. It's time to look for a new disc cultivator for your operation. Here are a few things you need to consider when making your decision as they will significantly impact your residue management. Incorporation of residues - Unlike conventional tillage, disc assembly limits soil turning to the top 4 - 6 only, increasing organic substance on the surface...

What's the difference between a Brent and Unverferth Grain Cart?

Does anyone on here use an Amadas self propelled peanut combine? What are the pros and cons of a SP vs a pull type??

Forklifts vs Skid Steers for on-farm use

If you had to decide between a forklift or a skid steer for on-farm use, what would you choose and why? 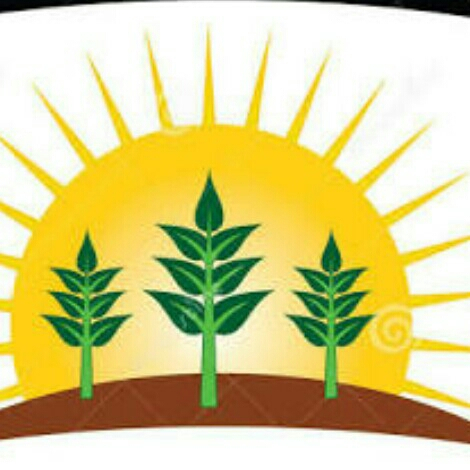 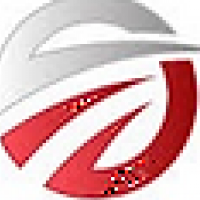 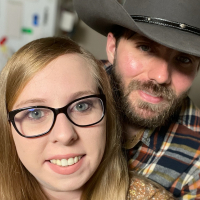 Here's a few things to keep in mind when shopping for a new Disc-Cultivator.

Your disc-cultivator is getting a little tired and worn out, not doing the job it once did, or it's costing you hours and dollars in continuous repairs. That's no fun; we get that. It's time to look for a new disc cultivator for your operation. Here are a few things you need to consider when making your decision as they will significantly impact your residue management. Incorporation of residues - Unlike conventional tillage, disc assembly limits soil turning to the top 4 - 6 only, increasing organic substance on the surface...

Funding & Financing A Sustainable Energy ProjectsFinancing a Sustainable Energy project remains a core/key ingredient in the energy transition — but there is a large gap between what is available and what is required. The market cannot close this gap on its own; policy-makers will also need to play a large role. Sustainable energy finance plays an essential enabling role in the energy transition and innovation. Meeting a future global increase in energy demand in a sustainable way while reducing emissions from existing infrastructure will require trillion dollars of investment. However, there is currently a gap of many hundreds of billions of dollars between existing investments and what is required...

Potassium indolylbutyric acid (IBA-K) is the potassium salt of indole butyric acid with relatively stable properties. It is mainly used to promote the development of capillary roots. It can be used as basal application, flushing application, and can also be added with compound fertilizer, compound fertilizer, BB fertilizer, etc. For use, such as seedling cuttings, it is recommended to use it in combination with sodium naphthalene acetate. Potassium indole butyrate is a root-promoting plant growth regulator, which induces crops to form adventitious roots...

The COVID-19 pandemic disrupted the world as we once knew it. Even if you have not been directly afflicted with COVID-19, its existence and the uncertainty surrounding it has probably affected your ability to achieve your objectives. This is the definition of risk. In the January issue of RightRisk News, we discuss strategies for managing input and supply chain volatility like we are experiencing in agriculture at the present time. Read the full newsletter here...

Plant Fats vs. Animal Fats: Which Is Healthier?

Aging results in your metabolism getting slower. For this reason, you need to eat right and remain active so you will not gain excess weight. Aside from eating healthily and exercising, having a secure calorie tracker account online may be a good tool as you start your weight loss journey. Some people choose to undergo cosmetic surgery such as Abdominoplasty to help align their natural appearance with their desired appearance and improve their confidence. You may also want to use a fat intake calculator to estimate the dietary fat you must consume daily...

Part 1: Know Your True Cost of Production Why Your TCOP Matters How to Calculate Your TCOP Part 2: Take the Emotions Out of Your Marketing Plan Why You Need a Plan How to Create a Marketing Matrix How to Determine Your Marketable Inventory How to Use a Marketing Matrix Why You Need an Accountability Partner Part 3: Replace Dead Assets What Are Dead Assets? What Are Productive Assets? Part 4: Manage Your Cash Flow Conversion Cycle What a Cash Flow Conversion Cycle Is How to Speed Up Incoming Flows How to Postpone Outgoing Flows How to Minimize Paying Interest Part 5: Start Using Cover Crops. ... Then, make a separate list of farm items under $10,000 that would make your operation more effective--items that you’ve been putting off purchasing... See what special-term programs are available when purchasing inputs... Who Else You Can Get Consultations From If you’re intrigued by the idea of separating your soil sampling activities and fertilizer purchasing but still aren’t sold on getting your own sampler, there are plenty of precision ag consultants who will do the job for you...

While there are numerous reasons for using cover crops, a primary one is improving soil health. In fact, it’s the one benefit most farmers using cover crops have experienced: In the most recent Cover Crop Survey Annual Report, of those who rated the statement, “Using cover crops has improved soil health on my farm,” 86% agreed or strongly agreed. The report notes that it’s interesting and heartening that “soil health reflects an embrace of a long-term, hard-to-quantify benefit of cover crops, and that for the past two surveys, it has achieved the top spot by garnering 86% of the responses. ”While soil health may be harder to quantify than benefits like biomass production or input savings, there are ways of measuring how cover crops are making a difference in your soil... While penetrometers run around $150-$300, Stott says you can check with your local NRCS office or university to see if there’s one you could borrow, if you’re not interested in purchasing one...

On December 19, 2019, Treasury released the final regulations for the much-discussed Opportunity Zone program. Overall, these final regulations did a great job of answering most of the open farming & agribusiness questions proposed by tax practitioners. While we will discuss these in detail, taxpayers must first have a solid understanding of the basic Opportunity Zone rules and benefits. The Opportunity Zone initiative was enacted as part of the Tax Cuts & Jobs Act of 2017... Other land improvements such as clearing, cleaning, grading, rehabbing, or purchasing business assets used in the farming trade or business should qualify as Qualified Opportunity Zone business property...

Most farmers and ranchers have a decent understanding of tax depreciation. When a business purchases assets, the business entity is allowed to write off the value of the asset purchased over the life of the asset. Land, however, is not depreciable as the value of the dirt & minerals does not decrease over time like the value of structures, barns, fences, etc. When a business purchases a ranch or farm, the value of those existing structures, equipment, and infrastructure can be depreciated for tax purposes... When purchasing a ranch or farm, taxpayers often allocate the vast majority of the purchase to the land and building(s) purchased...