What a week! Summer is in full swing after no spring in these parts. But the growing season isn’t what has taken center stage of late. A number of major legal and political changes are happening or may happen that are going to impact the food and ag sector of the economy... Between FSMA, FSIS, USDA, FDA, labeling, cottage food laws, and a dozen other or more sets of regulations and requirements, it is a veritable gauntlet trying to sell someone something as simple as a steak or sweet potato... Past presidents have wanted to consolidate and streamline food regulation and safety int a single agency, but this is one hot political potato, with billions of dollars and all sorts of issues at stake...

For much of the country, it has been a wild spring. For some, it has been a no spring. In my area we had an unseasonably long, late winter. Snow fell in the 3rd week of April... For instance, a fair bit of our bed space that was set aside for field lettuces, carrots, and similar crops is instead going into sweet potatoes, melons, or other warm season options...

Field Trials - an often neglected but important tool for growers

How do you decide what to grow? Well, as I have explored in a few articles, there are many pieces of that puzzle to consider. You have to figure out what will be profitable... Two varieties of potatoes, grown side by side in the field, but completely different yields at harvest... ? During this stage, you should also be asking questions like - Would particular tools, techniques or infrastructure make this process easier and more profitable? If I scale up this crop, what infrastructure or issues may it create or changes will it require? For instance, a farmer friend decided to dramatically increase their sweet potato production. The growing side was fantastically well… but this success created a problem come harvest - the space that was normally set aside for other purposes was now needed for sweet potato curing...

Increasing Demand for Home Gardening to Aid Growth in Agricultural Micronutrients Market by CAGR of 3.6% during Forecast 2021-2031

The global agricultural micronutrients market is anticipated to reach a valuation of US$ 4. 9 Bn in 2021, and expand at a steady CAGR of 3. 6% over the forecast period of 2021 to 2031. Diets with low nutrients can be blamed for an increase in occurrence of micronutrient deficiency across populations... Farmers and sellers of nutritious and bio-fortified crops such as wheat, maize, potato, and sweet potatoes are being encouraged by manufacturers of agricultural micronutrients to strengthen their sales footprint...

Cashew Milk Is Very Rich In NutrientsCashews are nuts that have a lot of good nutrients for the body, they are known as superfoods. Therefore, cashew milk is very good milk for people who are malnourished and need to add many nutrients. Cashew milk helps prevent cancer and cardiovascular diseases, suitable for everyone, especially pregnant women, children, and the elderly... Sweet Potato Cashew Milk... Also Unsweetened almond milk, coconut milk, macadamia nut milk, flax milk, soy milk, cashew milk, and pea milk — along with half-and-half and heavy cream — are all keto-friendly milk options... 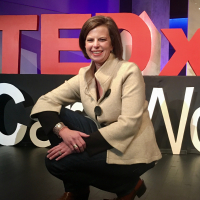